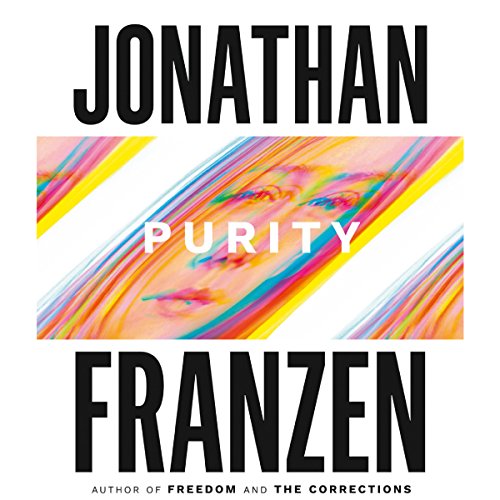 A magnum opus for our morally complex times from the author of Freedom and The Corrections. Includes an interview with the author.

Young Pip Tyler doesn't know who she is. She knows that her real name is Purity, that she's saddled with $130,000 in student debt, that she's squatting with anarchists in Oakland, and that her relationship with her mother - her only family - is hazardous.

But she doesn't have a clue who her father is, why her mother has always concealed her own real name, or how she can ever have a normal life.

Enter the Germans. A glancing encounter with a German peace activist leads Pip to an internship in South America with The Sunlight Project, an organisation that traffics in all the secrets of the world - including, Pip hopes, the secret of her origins. TSP is the brainchild of Andreas Wolf, a charismatic provocateur who rose to fame in the chaos following the fall of the Berlin Wall.

Now on the lam in Bolivia, Andreas is drawn to Pip for reasons she doesn't understand, and the intensity of her response to him upends her conventional ideas of right and wrong.

Jonathan Franzen’s Purity is a grand story of youthful idealism, extreme fidelity, and murder. The author of The Corrections and Freedom has imagined a world of vividly original characters - Californians and East Germans, good parents and bad parents, journalists and leakers - and he follows their intertwining paths through landscapes as contemporary as the omnipresent Internet and as ancient as the war between the sexes. Purity is the most daring and penetrating book yet by one of the major writers of our time.

"Deeper, funnier, sadder and truer than a work of fiction has any right to be." ( Independent on Sunday)
"Head and shoulders above any other book this year: moving, funny and unexpectedly beautiful. I missed it when it was over." (Sam Mendes, Observer, Books of the Year)
"A cat's cradle of family life.... ‘Freedom' is a great book" (Kirsty Wark Observer, Books of the Year)
"No question about it: Freedom swept everything before it in intricately observed, humane, unprejudiced armfuls. There was no novel to touch it in 2010." (Philip Hensher, Daily Telegraph, Books of the Year)
'Franzen pulls off the extraordinary feat of making the lives of his characters more real to you than your own." (David Hare, Guardian, Books of the Year)

They say that the difficult is not getting there, but "remaining" there.
I have also to admit that I loved Freedom so much that it's really difficult now for me not to read a new book without being a bit "biased"

Absurd use of German accents

Why, the hell, do both male readers mock German accents when in the part playing in Germany the German protagonists talk with each other. This makes only sense for Germans speaking (bad) English!
On the other hand: the originally German words and quotations are almost incomprehensible because of the bad american accent and a complete lack of knowledge of the basics of German pronounciation.

The best novel I have read in a long time,

made even better by the excellent readers who capture today's idiom in every phrasing. Franzen has given us a masterpiece that will become a classic in a league with writers like Thomas Mann and Tolstoy.