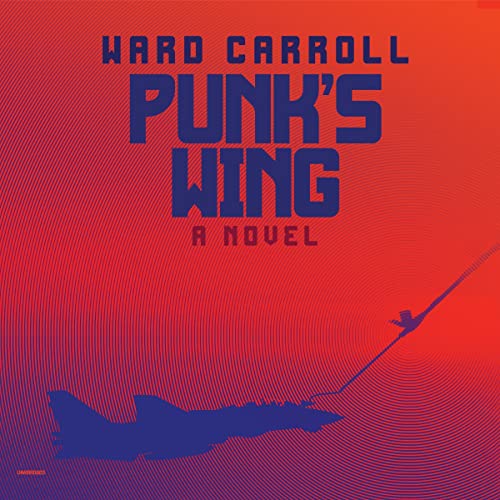 When the F-14 Tomcat of the only female flier in Punk's training class rolls wildly during a hop, nearly causing a midair collision, Punk has trouble believing her claim that a malfunction in the cockpit was responsible. When a similar accident claims the life of one of his fellow trainers, Punk suspects a cover-up involving the use of faulty parts. But no sooner does he bring on the heat with his allegations that a far more important crisis calls Punk's squadron into active duty. This time, it is not a training drill...it's America's next war.

Another SHACK, smack on the nose.

It is a little disheartening to know that the battle for women in combat is still raging on within the military. Things have certainly improved since this book was written, at least.

This was an excellent read, full of technical details and beautifully painted scenes. Ward has terrific prose and great timing. As with the first book, a lot of this book is extra special for people in the military, like the rank dynamics or greasy tech reps. Things we've all had to deal with!

Bonus points for LANTIRN because that thing is just cool.

This is the second of a three book series about a Navy Tomcat pilot’s deveopment as a war fighter and person. As a bonus to the vividly described “good stuff” expected of a first rate military thriller, Ward Carroll’s main character, call sign Punk, is highly likable and surprisingly complex. The narrator also complements Carroll’s effort of bringing Punk’s cast of supporting characters to life.

If you like the genre, you’ll enjoy listening or reading “Punk’s Wing.”

Every great book / audiobook needs a great narrator … And this Book has one.

Ward really knows his stuff. He can be overly tough on women but that must have been the mentality back in the day. The narrator does a terrible job on women’s voices but decent for other characters. Why not use two narrators…it would be a lot more realistic.

Having spent 4 years on a carrier with Air Wing 16 during Vietnam-Ward captures it all. Great story, well written.

written by someone who was there.

It's always good to read a book where the author didn't have to do much research, you can tell by the minutiae of detail of things that are presented in the story that would only be known by someone who actually lived the life.

I eagerly anticipate the next book.

This is a really offered view from the inside and I couldn’t have enjoyed it more.

Warm Carrol established himself as an outstanding author and story teller. I really liked the amount of detail and how well balanced the technical content is with the pace and flow of the story. I hope he will give us more.

Great part 2 to the first book

Punk’s story continues and let’s you get deeper into the minds and emotions of fighter pilots at garrison and at war. A deep view into the life of Navy officers and enlisted. F14 technical talk is abound and great for us that fly DCS and watch Mooch’s YouTube. Highly recommend this series especially since the third book is finished and available now.

A great new story of the F14 mixed with some fleet politics. Big thanks to those who have white knuckled their way to defend humanity from everything, including ourselves. I look forward to a future reread.