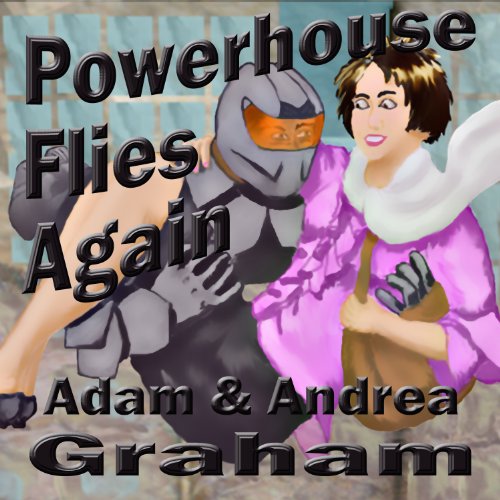 Dave Johnson is a has-been superhero. Losing his powers forced him to retire from being Powerhouse, but Seattle still fondly remembers him and continues to lift him up as a symbol of hope.

Trans-dimensional aliens hire Mitch Farrow as the new CEO of Dorado Incorporated and instruct him to create cynicism to reduce resistance to their planned invasion. The aliens promise their reign will end all suffering on Earth and cure his ex-wife and daughter of AIDS. Seeing Powerhouse's squeaky clean image as a threat, Farrow attacks Powerhouse's character and effectiveness in the media.

The alien, international superhero Zolgron finally realizes Dave wants to return to crime-fighting and restores Dave's powers. Dave is determined to make a lasting difference for the people of Seattle, but to do so he'll need the community's help.

Powerhouse Flies Again offers laughs, adventure, and a new villain in this first installment of the Adventures of Powerhouse series.