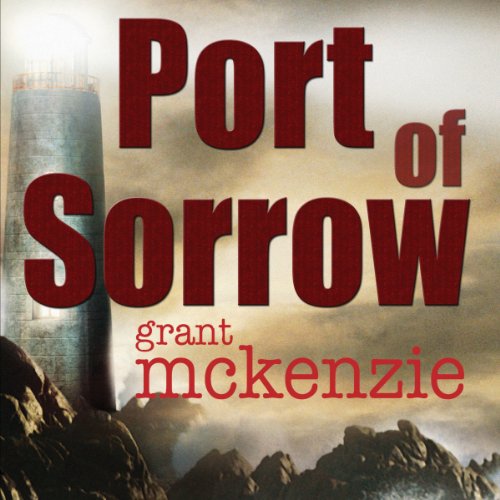 Narrator Kris Chung establishes an easy rapport with listeners from the start, and then ramps up the suspense as protagonist Finn, a female impersonator and singer, travels the stripper circuit of small-town America. But when a killer strikes during one of his shows, Finn takes the law into his own hands and goes on a search through the seedy underworld of Port of Sorrow. Chung's emotional shadings conjure up a dark, brooding world where even the police can't protect the innocent.

A sadistic killer has turned Port Sorrow into his personal hunting ground.

Traveling the stripper circuit of small town America, Finn is a female impersonator with a golden voice who never made the big time. His latest stop is Port Sorrow, a rough-and-tumble coastal town on the northern edge of the Olympic Peninsula.

In the audience tonight, rookie deputy sheriff Julia Rusk has drawn the short straw and is scanning the rowdy audience for signs of a suspected serial rapist.

A shotgun blast brings these two strangers together as a young stripper bleeds out on stage. While Julia tries to find the gunman and prove she's worthy to wear the badge, Finn takes the law into his own hands. Tracking through seedy dockside bars and the hidden world of the homeless, Finn comes to realize just how many lives this killer has touched.

But what neither of them realizes is the killer doesn't work alone, and not even the police can protect them when he finally shows his face.

I listened to another one of Grant McKenzie's books last week "The Butcher's Son" and had to wonder why such a good book that had been released last year did not have one single rating. That was a very good book and so is this one. Again, very few ratings but certainly worthy of listening to AND if you have kindle unlimited this book is free to read and listen to so there is no reason for anyone with unlimited not to get it.
This is a really good story of murders and rapes involving some of the police doing the investigating.
HIGHLY RECOMMENDED.
If you found this review helpful please indicate so.
Thank You.

The story is logical and consistent yet not predictable. Characters that I would not normally believe in are surprisingly real -
The narration is really good and it matches the character without distraction.