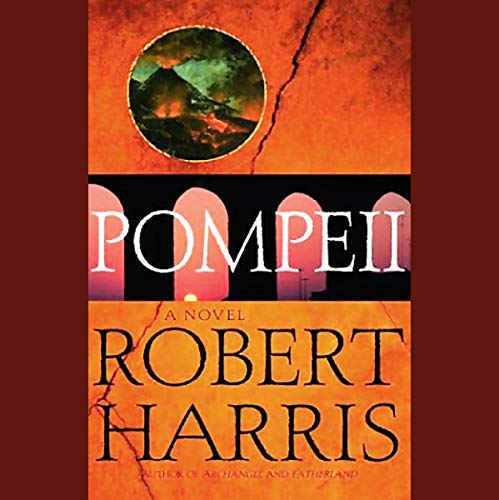 All along the Mediterranean coast, the Roman empire’s richest citizens are relaxing in their luxurious villas, enjoying the last days of summer. The world’s largest navy lies peacefully at anchor in Misenum. The tourists are spending their money in the seaside resorts of Baiae, Herculaneum, and Pompeii.

But the carefree lifestyle and gorgeous weather belie an impending cataclysm, and only one man is worried. The young engineer Marcus Attilius Primus has just taken charge of the Aqua Augusta, the enormous aqueduct that brings fresh water to a quarter of a million people in nine towns around the Bay of Naples. His predecessor has disappeared. Springs are failing for the first time in generations. And now there is a crisis on the Augusta’ s 60-mile main line - somewhere to the north of Pompeii, on the slopes of Mount Vesuvius.

Attilius - decent, practical, and incorruptible - promises Pliny, the famous scholar who commands the navy, that he can repair the aqueduct before the reservoir runs dry. His plan is to travel to Pompeii and put together an expedition, then head out to the place where he believes the fault lies. But Pompeii proves to be a corrupt and violent town, and Attilius soon discovers that there are powerful forces at work - both natural and man-made - threatening to destroy him.

With his trademark elegance and intelligence, Robert Harris, best-selling author of Archangel and Fatherland, re-creates a world on the brink of disaster.

Brought my visit to Pompeii back to life

A good yarn that made me wonder all the way through, on what was history and what was fiction. Made me feel very much involved. I just visited Pompeii in October and what I saw there jived completely with the story. The bars, houses, half-restored temple, arena, whorehouses, baths and street layouts all meshed perfectly. The story flows well and kept me entertained and fascinated. The engineering described in the book is amazing ...as it is, in person! The research for this book must have taken a year or more! This was my 6th audio book and the best yet.

We know the ending

And that doesn't hurt the story-telling at all.
Fine mystery and suspense woven around real characters of the period. A peek at a society not so different from ours. In the best tradition of Falco and Gordianus. (Whose stories I wish were here too)

A pleasing blend of story and geological science

I found this story to be one of those that you go out of your way to listen to. I found it's salting of scientific information to be a pleasant compliment to a good storyline. The author tosses in little historically accurate facts and details of Roman life that further embellish the story. Even knowing about the real history of Pompeii's eruption as it is understood today and also of real historical individuals like Pliny the elder, the story doesn't dissapoint.

"Pompeii" is an excellent audio book. It's easy to listen to and the historical details--particularly regarding the aquaduct--are fascinating. I was worried about the concept of turning a real person, Pliny the Elder, into a character, but it works. The love story is not all that plausible, but it does not detract from the intense primary story. Even knowing how the tale ends, "Pompeii" held my full attention all the way through. I found myself awake in the middle of the night listening to "just a little bit more." My only slight criticism is that I thought our hero was a little slow in piecing together the many "clues" pointing to an impending eruption, but then again history records that local residents were caught entirely unawares, so I guess we couldn't have a fictional character predicting the event.

Fan of Historical Fiction-Loved It!

I am fan of historical fiction; especially from this time period. I found this to be a compelling listen and regretted when it was time for me to park at the end of each commute! The characters were very believable and brought the time period alive for me. In addition I learned a lot about vulcanology, the science of the time period, and aqueducts without feeling like I was getting an info dump or being talked down to.

The narrator was first rate. I've listened to dozens of audio books and this is one of the best narrators I have ever heard. I will be looking for other books he has done.

Don't miss this one!

There certainly were a lot of interesting historical facts in the book - the description of the aqueducts was great - but the actual story part of the book was boring and mildly silly. I made the mistake of downloading this for a long car trip hoping it would help to pass the hours, but the story wasn't compelling and I found my interest waning.

This was my first experience with Robert Harris and I am now a convert. I am not normally a fan of mysteries, but bought this because I love historical fiction. This book was excellent - steadily building plot, intriguing characters and all set against a well-painted historical landscape. It was like stepping back in time. Made me want more, so I bought "Imperium" too.

I really enjoyed this book. I listened to Cicero before it (same author and same narrator). The narrator is phenomenal. One of the best I have encountered. The book is very well written. A very interesting story with elements of mystery well woven around historial details of Roman life of the time and details about the changes in nature leading up to the great volcanic eruption. Robert Harris is a marvelous story teller.

I found this an enjoyable listen. The book is well researched but does not try to hit the reader over the head with the information. I liked the addition of sub-plot with regard to the aquaducts and the inclusion of historical figures which added to the interest. The narrator did a good job and did not intrude upon the story. One quirk - right at the end of the book, there seemed to be a dig at theories of the human source for global warming which seemed a bit out of place (I may be reading too much into a short passage).

I was impressed by the high rating and great reviews this book has received... and I could not have been more thrilled after listening myself. This is an extremely well-researched, intelligent story--certainly one of the most enjoyable pieces of historical fiction I've ever heard.

Unfortunatly this is one of the worst audio books I ever listened to.
The reading is very poor - it is read like a Shakespeare poem which does not fit to a novel.

Good mix between facts and fiction

Robert Harris has delivered a fast paced read which, while giving you an insight into the times and events, does not get too bogged down in the details, instead allowing the action and adventures of the characters to also describe the environment and times in which they are set.
The whole time I was listening, I found myself imagining how this book would look as a motion picture.

Originally doubting Harris' ability to maintain suspense considering most readers would know that the mountain explodes at the end I found to the contrary, that knowing how it all ended actually increased the suspense, because you knew that death & destruction were waiting just around the corner.

All in all, Pompeii is a thoroughly enjoyable! If you love history, thrillers, human drama, this is a very good book. The research is impeccable, the action very strong and the characters interesting.