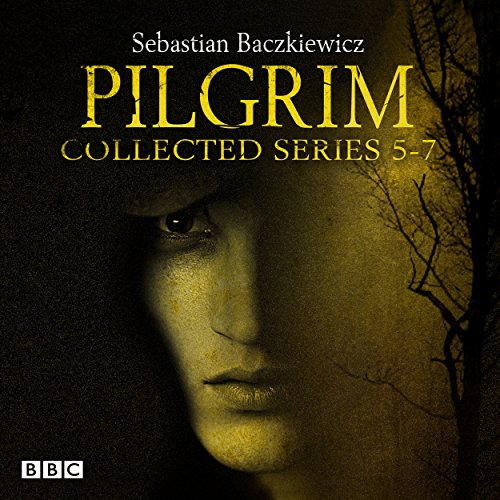 Paul Hilton stars as Pilgrim in the final three series of the award-winning BBC Radio 4 supernatural drama by Sebastian Baczkiewicz.

In 1185 William Palmer was making a pilgrimage to Canterbury. Unbeknown to him, his fellow pilgrim was the King of the Greyfolk. When William claimed that the church would eradicate belief in the Faerie world, he was cursed by the Faerie King and condemned to walk forever between the worlds of magic and of men.

In these three series, Pilgrim continues on his mission to preserve the uneasy balance between the two worlds and protect mankind from an enemy they resist believing in. His quests include searching for the Radiant Boy, a sinister harbinger of impending death; acquiring copper, silver and gold to rescue a group of people trapped in a mine by a malevolent spirit; and tracking down and punishing a former friend who has betrayed him. After so many centuries, will his curse be lifted and his wanderings finally come to an end?

Starring Paul Hilton as the immortal, reluctant and unthanked hero, this award-winning series weaves together ancient myths, magic and contemporary realism to create a dark, thrilling and enchanting fantasy epic that will stay with you long after Pilgrim's story ends.

the plot was hard to follow and blurred together in a way that the early series didn't.