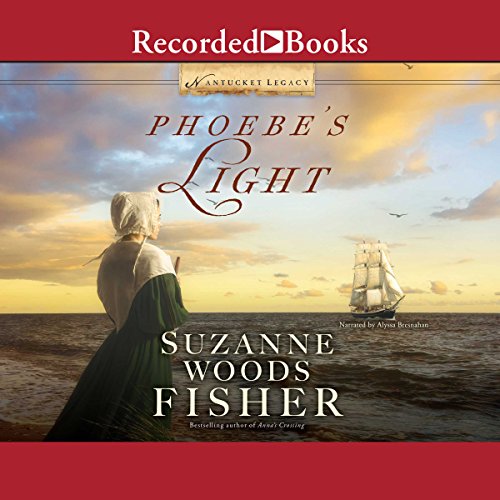 A young Quaker woman has everything she wants until a secret in her great grandmother's journal threatens her future as a Nantucket captain's wife.

Phoebe Starbuck has always adjusted her sails and rudder to the whims of her father. Now, for the first time, she's doing what she wants to do: marrying Captain Phineas Foulger and sailing far away from Nantucket. As she leaves on her grand adventure, her father gives her two gifts, both of which Phoebe sees little need for. The first is an old sheepskin journal from Great Mary, her highly revered great-grandmother. The other is a "minder" on the whaling ship in the form of cooper Matthew Mitchell, a man whom she loathes.

Soon Phoebe discovers that life at sea is no easier than life on land. Lonely, seasick, and disillusioned, she turns the pages of Great Mary's journal and finds herself drawn into the life of this noble woman. To Phoebe's shock, her great-grandmother has left a secret behind that carries repercussions for everyone aboard the ship, especially her husband, the captain, and her shadow, the cooper. This story within a story catapults Phoebe into seeing her life in an entirely new way - just in time.

In this brand-new series, best-selling author Suzanne Woods Fisher brings her signature twists and turns to bear on a fascinating new faith community: the Quakers of colonial-era Nantucket Island.

If you love Nantucket history, you will love all three books in this series in the proper
Order (otherwise you’ll have spoiler alert!).