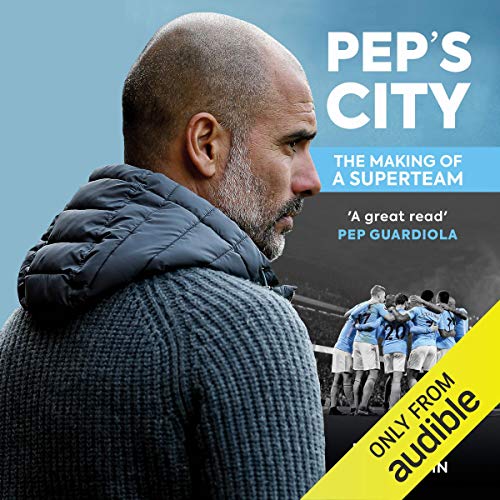 Over three seasons in England, Pep Guardiola has built something the Premier League has never seen before: a team that dominates games like no other, scoring goals and collecting points and trophies at record-breaking pace.

Throughout that journey, the Spanish journalists Lu Martín and Pol Ballús have been embedded with the club, reporting this inside account of how a phenomenal team was constructed: from the recruitment of Guardiola himself, to the backroom staff that provide the platform for his team and the superstar players that have set a new standard in British football.

No other sportswriter has had this kind of access to Guardiola and his team during their three seasons in Manchester. The result is exclusive, in-depth interviews and profiles of every key figure at City, and the inside stories on the decisions that have shaped the team, including the defensive transformation that saw Guardiola change his goalkeeper and full-backs ahead of his record-breaking 100-point season of 2017-18; the dinner date with Sergio Agüero that changed the course of the City striker's career; and close-ups on every big game in the thrilling finale to the 2018-19 title race.

Although some of the content is interesting if you are interested in Guardiola, City or football in general it’s really just a total random of experiences and thoughts without any structure in it. There’s no line in the story or the timeline.