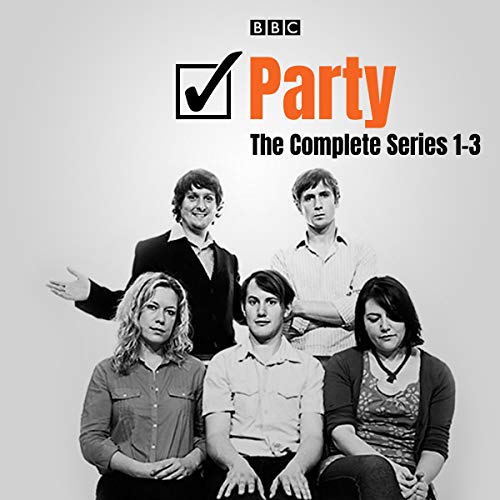 Disillusioned with the capitalist system, five ambitious students set out to make waves and change the face of democracy. Holding their meetings in a garden shed, budding politician Jared, ideas engine Simon, socialist firebrand Mel, image conscious materialist Phoebe and communications tsar Duncan wrangle with the modern political machine and attempt to lay the foundations of a new movement. Or they would, if only they had a pen.

From the perils of choosing a party name, leader and constitution to the finer points of foreign policy and climate change, the team contend with the highs and lows of political life while trying to keep their ideals intact. They soon find that changing the world is harder than they thought - especially when dealing with undercooked BBQ sausages, rained-out protest marches, the possible relocation of a key party member and a crucial radio interview.

Also included is a 2018 Christmas special where the wannabe political agitators reunite after a six-year break and once again apply their small minds to big problems. This time, they’re taking on Donald Trump…

Written by Tom Basden (who stars as Simon), Party is based on his 2009 play which won a Fringe First Award at the Edinburgh Festival. Also starring are Anna Crilly as Mel, Tim Key as Duncan, Johnny Sweet as Jared and Katy Wix as Phoebe.