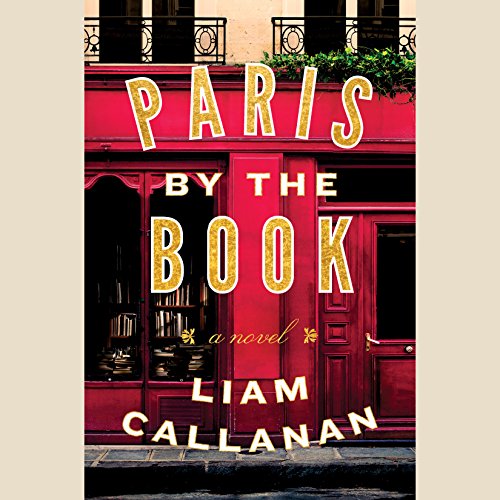 Paris by the Book

A missing person, a grieving family, a curious clue: a half-finished manuscript set in Paris

Once a week, I chase men who are not my husband....

When eccentric novelist Robert Eady abruptly vanishes, he leaves behind his wife, Leah, their daughters, and, hidden in an unexpected spot, plane tickets to Paris.

Hoping to uncover clues - and her husband - Leah sets off for France with her girls. Upon their arrival, she discovers an unfinished manuscript, one Robert had been writing without her knowledge...and that he had set in Paris.

The Eady girls follow the path of the manuscript to a small, floundering English-language bookstore whose weary proprietor is eager to sell. Leah finds herself accepting the offer on the spot.

As the family settles into their new Parisian life, they trace the literary paths of some beloved Parisian classics, including Madeline and The Red Balloon, hoping more clues arise. But a series of startling discoveries forces Leah to consider that she may not be ready for what solving this mystery might do to her family - and the Paris she thought she knew.

Charming, haunting, and triumphant, Paris by the Book follows one woman's journey as she writes her own story, exploring the power of family and the magic that hides within the pages of a book.

A whimsical yet heartfelt mystery

Like Schrödinger’s cat, Leah Eady’s husband, Robert may or may not be dead. On the surface he’s a supportive husband and all-around awesome dad, but underneath he’s a tormented writer certain a great novel is in him if only he can manage to yank it free. Apparently, he can’t write around his family, so he often goes on short, break-away trips. He usually leaves notes, and returns after a few days; however, he never comes home from his last excursion. Leah contacts the police, but no leads come up. Robert isn’t not calling, texting or even using his credit cards. The one clue Leah has is an unfinished manuscript about a family moving to Paris to hopes of being reunited with a lost loved one. She remembers sweet dates where Robert took her to Paris, Wisconsin, her husband’s fascination with “Madeline” by Ludwig Bemelmans, and the fact that he insisted his daughters attend a French-speaking school to conclude if she’s ever going to see Robert again, it will be in Paris. Leah and her daughters, Ellie and Daphne, travel to Paris and end up staying. Leah buys into a failing English-language bookshop, which she and her daughters manage. They meet all kinds of colorful characters and we, readers, learn loads about the city of Paris, while the family searches for Robert and succeed in making a new life for themselves. I love Leah, Ellie and Daphne and their quirky, new friends. They mix grief with adventure as they navigate their new ex-patriot lives and prove they can remain a family without Robert. Still, as readers, we aren’t sure about Robert’s being alive or dead until Leah comes to terms with his disappearance in a wonderfully satisfying scene where she throws a book-chucking tantrum. I won’t spoil the mystery by elaborating further. Some readers might find the plot far-fetched, but I willingly bought into Liam Callanan’s well-spun yarn. If you like whimsical adventures as well as wacky yet heartfelt characters, or if you just want to learn lots about the city of Paris, this is a story for you. 4.5 Stars!

Cudo’s to Liam Callahan for a well written, engaging and exhaustively researched book. The vivid descriptions of Paris through the eyes of an American family are spot on. The city is a well developed character in the overall story. As one who shares his admiration for both Madeline and The Red Balloon, I appreciated his use of these tales as a frame around a more intimate story of love, loss and what it means to move through and past hardship and the heartbreak of abandonment. The concept of family is examined from various points of view, as Leah and her girls are forced to redefine long held beliefs. I must say that as a woman, I found myself shouting out loud to Leah, urging her to start over with Declan or to give her girls the true story. I also suspected Eleanor for a bit, of protecting Robert and having a part in the publishing of his book. I also liked how the French language was woven into the story more and more the longer they stayed in Paris. It would be a good read for book club discussion.

...whispered,shouted,asked,admitted are a few substitutions for “said”. The author’s continual repetition of “he said” or “she said” really got on my nerves! Otherwise an engaging enough read although I would have enjoyed a little more Pari throughout.

Tedious. I said. She said. He said.

The author must think we are too dumb to follow the conversation. His constant use of he said, she said, I said was distracting and annoying. It took away from the story. I will avoid this author in the future.