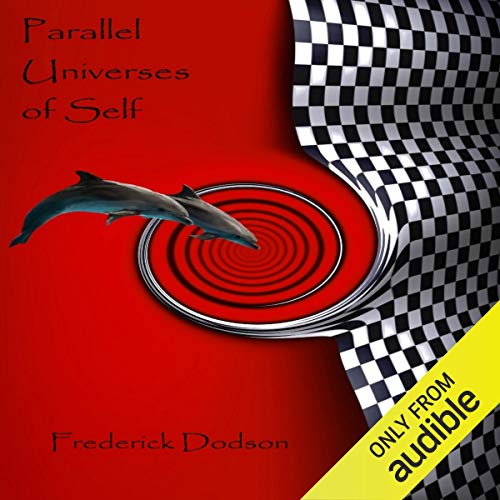 Parallel Universes of Self

The purpose of this book is to bring the "Parallel Worlds Theory" as known to physics and science fiction into application in your personal reality and everyday life. You can "create" your reality by becoming the parallel-world version of yourself for whom the experience you want is already real.

Quite possibly the best of its kind

Would you listen to Parallel Universes of Self again? Why?

Yes - you can't find this information anywhere else - it's line after line of invaluable (and often humorous) wisdom.

NO! The information is so dense and provocative that you will want to take it in slowly. This is NOT light entertainment or superficial 'feel good" material.

I've been reading self help/personal development/spiritual books for over twenty years - Wayne Dyer - Deepak - Tony Robbins - Abraham Hicks - Pema Chodron, etc... I'm a bit of a junkie, so I feel more than qualified to say that while I love all the aforementioned authors, no one comes close to the profound, liberating and highly actionable messages in this book. And finally, Thomas Miller does a great job with narration. You couldn't ask for more.

1 of best, most descriptive explanations of LOA

Frederick Dodson describes in detail many processes one can use to better utilize the power of LOA. All questions I had were answered. He lays it out for the layman and makes it easy to understand and replicate. He goes deeper than many authors on the subject, and I've read books by many. You can call me a LOA junkie. His work comes highly recommended!

Would you consider the audio edition of Parallel Universes of Self to be better than the print version?

In my opeinion I always prefer audio version and the reader is quite good.

What was one of the most memorable moments of Parallel Universes of Self?

Repeatedly hearing that apparent limits and roadblocks are not such a serious challenge .. if one has an array of techniques.

Have you listened to any of Thomas Miller’s other performances before? How does this one compare?

Yes.. I appreciate his enunciation.

Yes and It too two days as it is so long I love this boook dodson is great. really good.. since I ahve read hundreds of books in this genre this is substantial to say this.

Have to agree with K. Maloo, this is the best book on this subject I've come across. The meditations are amazing and I wish there was a workbook that came with it so I could go back and reference the meditations.

I will probably go back and buy the book itself so I can reference the meditations, as many of them are highly effective techniques I've used in the past -- before I have ever heard of the whole Reality Creation craze.

One funny story, there is a section where he talks about not getting mad at your GPS. Well I was literally just scolding my GPS in the car 1 second before that part came on lol. Out of all the books I have listened to on this subject, this one seems to be the most practical and grounded.

Not worth my credit!

What was most disappointing about Frederick E. Dodson’s story?

I was very excited when I saw this book and read the great reviews. I had what I thought was a pretty open mind going into it. After a few chapters though I started feeling skeptical, but kept going just to see where the book went. The first time he talked about the things he learned from the 'blue alien beings' I thought to myself....okay, he was dreaming, that's okay....but a few chapters later he started talking about the things he learned from the alien in his real life alien encounter, and that is when I totally quit listening.

This narrator is good.

Not fond of this book at all

I bought this book because of the great reviews he received. I am not fond of Frederick Dodson. His techniques has you bringing your doubt of what you want into the picture and asking you to think in baby steps rather than thinking big. He brings too much of the ego into the picture rather than asking a person to look into their soul's desire - this is where the Universe lives and the Universe will answer what the soul asks for. I'll be returning this book.

the ultimate guide to life if you need any

this book left me speechless for more than 50 times. I had to listen to it in chunks in order to take it all in. I just finished this book and I'm going to start it all over again. thank you so much Mr Dodson and Mr Miller for this amazing gift. I suggest this book to anyone one who is looking to find his or her inner wisdom that he or she already possesses.

The way of the Wizard

Narration: excellent
Tone: excellent
Information: powerful
Most everyone continues to listen, but fail to participate where it is recommended & required. One goes to the gym to build a physique. Do the work & you will undoubtedly see the results. Just starting the 3rd time.

I listened to this book in a 24 hour period which includes the hours I should have been sleeping. I turned it off only to turn it right back on.

Not Worth the Money

What would have made Parallel Universes of Self better?

What was most disappointing about Frederick E. Dodson’s story?

Much of it was just plain hard to swallow.

The speaker has an air of condescension in his manner, which detracts from the content of the book.

If you could play editor, what scene or scenes would you have cut from Parallel Universes of Self?

All "parallel universe" references. The concept of 'parallel universes' or 'parallel self' is a paradox. Infinite possibilities must, by its own definition, include the finite. This conflicts with infinity. The whole book is based on an implausible paradox.

There are a few nuggets of wisdom in here, but much of it just sounds ridiculously preposterous (and sometimes contradictory). But perhaps most distracting is the speakers’ voice, which (to me) comes across as borderline condescending. It was hard for me to separate the content from the delivery of the content, even after 14 hours of material.

Next to Levels of energy, this book really increased my consciousness, awareness and makes the reader aware of unknown subtleties on how to increase one’s own general state.
With explained methods and strategies of thought, would highly recommend this to people who are interested in creating unshakable inner stability and focus of thought in their lives.

There are so many valuable and working practices involved in this book. But there are almost very short explanation for them. Sometimes I wished Frederick had written a whole book for them!
But as they are mentioned and passed by quickly, I bought the hardcover book in order to think about and apply them.
Nevertheless, just reading and applying the PURE technique worked miraculously for me. I had terrible toothache and no opportunity to visit a dentist. I still do not have it. By the way, after doing the PURE and since then there is no pain at all.
Thank you Frederik🙏🏽

it's a great book for long lasting change. just a few things he says are a little bit far out there :)

if this book were a food, l could easily eat it. So yummy!! You will gain so much wisdom when you read it.