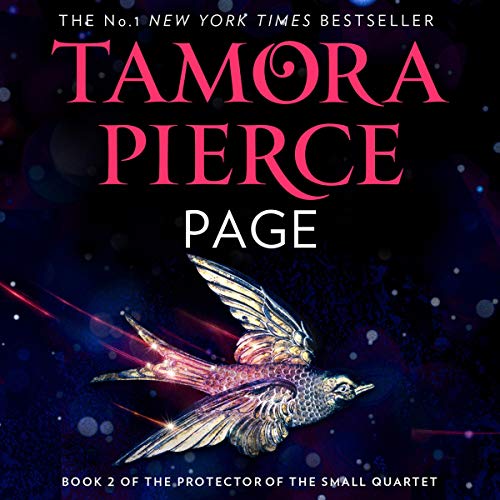 When they say you will fail...fail to listen.

The adventure continues in book two of the New York Times best-selling series from the fantasy author who is a legend herself: Tamora Pierce.

As the only female page in history to pass the first year of training to become a knight, Keladry of Mindelan is a force to be reckoned with. But even with her loyal circle of friends at her side, Kel’s battle to prove herself isn’t over yet. She is still trying to master her paralysing fear of heights and keep up with Lord Wyldon’s gruelling training schedule.

When a group of pages is trapped by bandits, the boys depend on Kel to lead them to safety. The kingdom’s nobles are beginning to wonder if she can succeed far beyond what they imagined. And those who hate the idea of a female knight are getting desperate - they will do anything to thwart her progress.

In a landmark quartet published years before its time, Kel must prove herself twice as good as her male peers just to be thought equal. A series that touches on questions of courage, friendship, a humane perspective - told against a backdrop of a magical, action-packed fantasy adventure.

"Tamora Pierce didn’t just blaze a trail. Her heroines cut a swath through the fantasy world with wit, strength, and savvy. Pierce is the real lioness, and we’re all just running to keep pace." (Leigh Bardugo, number one New York Times best-selling author)

"Tamora Pierce creates epic worlds populated by girls and women of bravery, heart, and strength. Her work inspired a generation of writers and continues to inspire us." (Holly Black, number one New York Times best-selling author)

"Tamora Pierce’s books shaped me not only as a young writer but also as a young woman. Her complex, unforgettable heroines and vibrant, intricate worlds blazed a trail for young adult fantasy - and I get to write what I love today because of the path she forged throughout her career. She is a pillar, an icon, and an inspiration." (Sarah J. Maas, number one New York Times best-selling author)