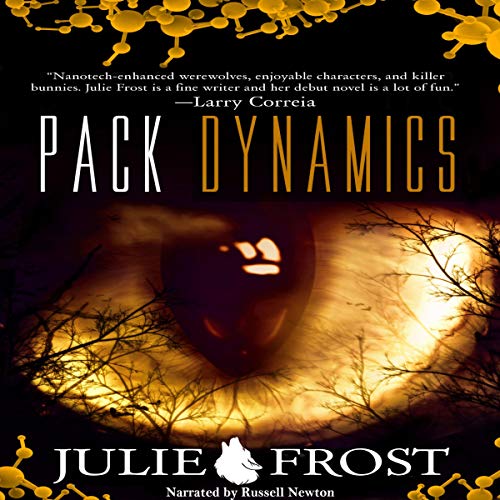 After seven horrific months as a POW, Army Ranger turned PI Ben Lockwood just wants a safe, boring life. With his boss on vacation, he takes what looks like an easy case of pharmaceutical espionage he can work from his desk.

Now, he's caught in a three-way collision course between a ruthless werewolf on the hunt for a cure for his dying vampire wife, a mad scientist whose multinational company doesn't even research supernatural medicine - and himself. Ben's nanotech-injected blood holds the key to the vampire's recovery, and the werewolf doesn't much care if he lives or dies in the harvesting.

Ben thought he was done fighting wars when he got home from Afghanistan, but his hard-won sanity and his girlfriend's life are both at risk. He'd rather die than lose either. The battle lines are drawn in a billionaire's basement, and retreat isn't an option. No matter how outgunned he is.

Ben is an great character. (Really, this book is chock full of amazing characters) Poor Ben isn't dropped off in the deep end, no, he's fired out of a cannon, with anvils chained around his feet, into the Marianas trench.
No. Not literally. Although Julie does just about everything else to him.
I used to think that nobody could torture a character like Jim Butcher does to Harry Dresden. I'm sure Julie Frost read some of Jim's works and said, "Hold my beer." And then drug poor Ben over hundreds of pages of broken glass. Yet, she does such an amazing job, I kept turning the pages.
Yes, because I read this book long before it was in audio. This, was even BETTER!
Why haven't you downloaded it yet? Come on. Chop chop! This book isn't going to listen to itself.