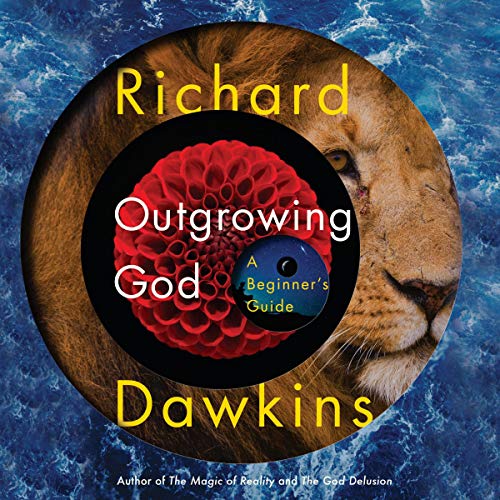 Should we believe in God? In this brisk introduction to modern atheism, one of the world’s greatest science writers tells us why we shouldn’t.

Richard Dawkins was 15 when he stopped believing in God.

Deeply impressed by the beauty and complexity of living things, he’d felt certain they must have had a designer. Learning about evolution changed his mind. Now one of the world’s best and best-selling science communicators, Dawkins has given listeners, young and old, the same opportunity to rethink the big questions.

In 12 fiercely funny, mind-expanding chapters, Dawkins explains how the natural world arose without a designer - the improbability and beauty of the "bottom-up programming" that engineers an embryo or a flock of starlings - and challenges head-on some of the most basic assumptions made by the world’s religions: Do you believe in God? Which one? Is the Bible a "Good Book"? Is adhering to a religion necessary, or even likely, to make people good to one another? Dissecting everything from Abraham’s abuse of Isaac to the construction of a snowflake, Outgrowing God is a concise, provocative guide to thinking for yourself.

Includes a bonus PDF of photographs and charts.

"My son came home from his first day in the sixth grade with arms outstretched plaintively demanding to know: 'Have you ever heard of Jesus?' We burst out laughing. Maybe not our finest parenting moment, given that he was genuinely distraught. He felt that he had woken up one day to a world in which his peers were expressing beliefs he found frighteningly unreasonable. He began devouring books like The God Delusion, books that helped him formulate his own arguments and helped him stand his ground. Dawkins’s new book is special in the terrain of atheists’ pleas for humanism and rationalism precisely since it speaks to those most vulnerable to the coercive tactics of religion. As Dawkins himself says in the dedication, this book is for ‘all young people when they’re old enough to decide for themselves.’ It is also, I must add, for their parents." (Janna Levin, author of Black Hole Blues)

"When someone is considering atheism I tell them to read the Bible first and then Dawkins. Outgrowing God - second only to the Bible!" (Penn Jillette, author of God, No!)

"With wit, logic, and his characteristic flair for expressing complex ideas with uncanny clarity, Richard Dawkins separates myth from reality in Outgrowing God. His book is more than a beginners’ guide to atheism: it is a primer that liberates us to see and explore the beauty of the Universe free of fables and fantasies." (Neil Shubin, paleontologist and author of Your Inner Fish)

very enlightening , it takes a lot of courage to break away from any religion and once you're free you see things in a different light , the same light that this book casts , brilliant !

Not much new, but still good.

If you've read a couple of Dawkins' books, you've likely heard most of what you'll hear here. That said, it's always a pleasure to listen to Dawkins read his work.

No new ground is covered.

If you have read The God Delusion then you don't need to read this one.

King of the Atheists!

Richard Dawkins is truly a marvel and has been for some time using logic, wit, and science to explain how the world works while doing his best to say it ways in which are easily understood. He has a wonderful reading voice and his arguments against the practicing religions make me whole. I was always looking for good explanations not to share in the belief systems of any religions and this book confirms how I have looked at the wonders of the world in the most practical sense. This is a must read for anyone who is doubting a confirmation for those who are sure. I would say it is for the religious as well but they would not dare to even question their belief system though they know not why they believe as they do. Dawkins has plenty to say for those as well.

Dawkins' most readable book! I love his other books but some required me to reread several portions over and over again. This was a joy to listen to and understand.

If you are just starting to question...

READ THIS if you are just in the research phase of looking at your own personal beliefs. For those of us who have been at it a while, this book was a bit of a yawn. Part one is really great and reaffirming. Part two is slow and redundant until the very last chapter. I do enjoy listening to Mr. Dawkins speak. I really wanted to learn something new. Something I just haven't heard in my 6 year journey to freedom from religion. I fear I have read or heard everything at this point. It's like all the books say the same thing over and over using different prose.

Alll believers of all faiths should have the courage to read this book from cover to cover and then at least question whether or not their belief makes any sense at all.

He mentioned a fish pdf and Brussels sprouts pdf. I don’t see either and suspect I’m missing some of the PDFs other than the 3 pages that are attached to the purchase. A bit confusing

If you want to have a more realistic world view and your place in it, then I highly recommend it. This book has been extremely helpful in deprogramming my Christian upbringing.

it's no surprise that Dawkins delivers his promise of hard hitting writing backed by science. A good sequel to the god delusion.