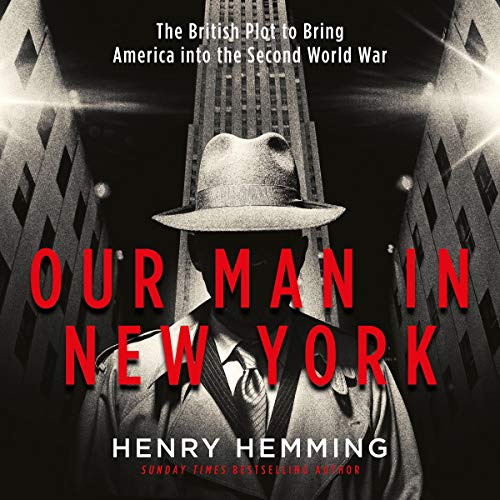 Our Man in New York

Our Man in New York

The extraordinary story of a propaganda campaign like no other: the covert British operation to manipulate American public opinion and bring America into the Second World War.

When William Stephenson - 'our man in New York' - arrived in the United States towards the end of June 1940 with instructions from the head of MI6 to secure aid for Britain and 'organise' American public opinion, Britain was on the verge of defeat to Nazi Germany. Surveys at that time showed that just 14 percent of the population wanted to go to war against Germany. But over the months that followed, public opinion in the US began to shift....

Those campaigning against America's entry into the war had many theories about who or what was behind this shift in public opinion. The American aviator Charles Lindbergh, by 1941 the chief spokesman for the isolationist America First Committee, referred to a British-led plot to bring the US into the war. Others believed that the British were somehow manipulating the American media, that the government was riddled with British stooges, and that the British were meddling in US politics and using dirty tricks to smear prominent antiwar politicians.

These claims were shocking, wild, even paranoid: they were also true. That truth is revealed here for the first time by best-selling author Henry Hemming, using access to hitherto private and classified documents, including the diaries of his own grandparents, who worked for Stephenson's organisation. Stephenson - who later saved the life of Henry Hemming's father - was a maverick figure of unique brilliance and daring whose work changed the course of the war, and can now be told in full.