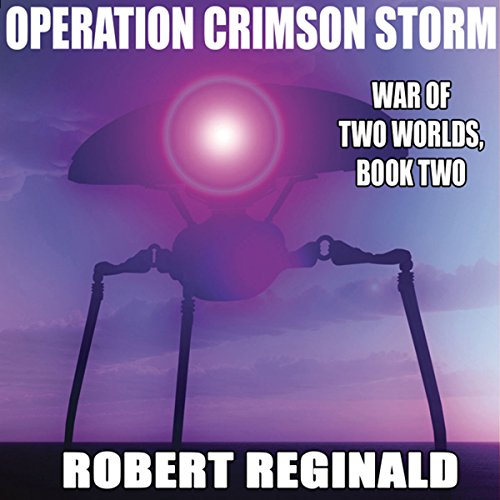 “Where are the Martians?”

“Who are the Martians?”

“Where do we go from here?”

These are the questions that haunt Alex Smith as Earth prepares to invade the planet Mars. Commencing a dozen years after the action in Invasion!, this second volume in Reginald's War of Two Worlds trilogy moves from California to the arid, frigid, unknown, and ultimately unknowable reaches of the Red Planet. With his interactions with the Martians, particular with 'Big Guy', becoming increasingly frequent, complex, and perplexing, Smith finds himself part-prisoner, part-guest, and part-guinea pig in his incessant attempts to understand and communicate. The technical difficulties of mounting military actions, transporting personnel across vast distances of space, and dealing with the Martian threat intertwine with the intensely personal and private concerns of Smith as observer, commentator, and participant, resulting in a story that intrigues on multiple levels.

Expanding far beyond Wells's original concept in The War of the Worlds, and reminiscent of Stanley Weinbaum's 1934 masterpiece, "A Martian Odyssey", without being derivative, Operation Crimson Storm again and again confronts the listener with the realities of life on Mars in the form of landscapes, artifacts, and consequences of action against the natives - without ever truly discovering clues as to their meaning. The failure to understand anything the Martians are and do frustrates both Smith as narrator and the listener, impelling the story onward by holding out the hope of someday unraveling the mysteries, interpreting the communications, and penetrating the enigmas of life...both earthly and alien.