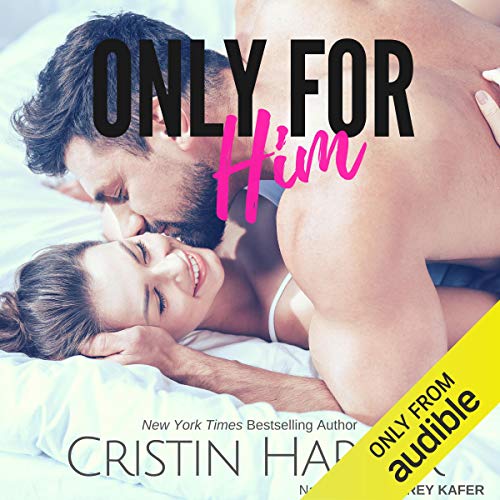 Grayson Ford and Emma Kinglsey - close since they were kids, opposites in every way. He's the stuff high school crushes are made of, Mister Popular, and captain of every team. She's artsy, cute, and not in his league, though fully aware of Summerland's "I Dream of Dating Grayson Ford" support group.

"I can't say no. The girl's had my heart since before I knew it went missing."

He hides a life of hell. His father hates him; his mother's gone. Emma is his only savior, yet she doesn't know her power over him. She's the only girl he wants, the only one he could ever tell - though he won't.

"I'm stronger, bigger, more of a man than he'll ever be, but because I ruined his life, I've taken his crap, his attacks, the vulgar nature of his existence."

Then she discovers Gray's embarrassment, his humiliation. Emma fights for him and for a chance. Theirs is a Cinderella story that she believes impossible. But as the layers peel back, it's just a guy who needs a girl in order to keep breathing.

"My mind is already doodling Mrs. Grayson Ford in imaginary notebooks. He has no clue where my head is at.... But, given that I didn't see what just happened coming, maybe I have no clue where his head is at either."

Ce que les auditeurs disent de Only for Him

Fantastic start to a new series by Cristin Harber

Cristen Harber has written a fantastic start to a new series in Only for Him, the first book in her Only series. She has build a very promising storyline that drew me in from the start and did not let go. It is a tale of two best friends with vastly different backgrounds. One has had everything she could ask for, while he has had to hide the truths of his life from everyone. Once his truths are revealed, he has choice but to follow the path which will help him escape his own personal hell, no matter the cost!

This book does leave off with a cliffhanger, but I would highly recommend reading it. Cristen Harber works her magic of developing unforgettable characters. I will immediately be one-clicking the next book in this series!

PS. Jeffrey Kafer and Xe Sands only enhanced Cristin's brilliance as an author with their narration of this story!

Great Beginning of a Series

This is my first Cristen Harber book. She won me over right away with a riveting story about two kids from opposite sides of the tracks falling in love. Nicely narrated, it was a treat to listen to. With completely different backgrounds, these well-developed characters were meant to share thier future. But the path to their HEA is not easy... which leaves us in a cliffhanger and needing to move on to book two quickly. I'll be immediately be one-clicking!

Only For Him is book 1 in the Only series by Cristin Harber. This book is a great start to the series. There is a lot of back story and character development. You fall in love with Grayson and Emma instantly. It's so clear that they have deep feelings for each other. They have a lot of sh*t to go through before they get their HEA.

Narration was fantastic. I was not familiar with either narrator before this series but I love both of them.

I enjoyed this audiobook, but was disappointed when I found at the end of listening that it ended in a cliff hanger! This wasn't made clear in the blurb. The story itself is great, now I just have to find the next book and buy it.

MY only problem with this book is with a cilff hanger like this ended I will be up reading the next one till I'm at a satisfied breaking point...
Cristin I blame you for my sleepless nights :-)
Xe and Jeffery did a fantastic job with the different characters it really help bring the book to life.. Great job to all involved

What a great start to this series. This novella gives us the history of Grayson and Emma. Knowing each other since they were 6, Emma thinks she knows Grayson well, but like all relationships, there are secrets. With senior year coming to a close, the two act on their love. But will life allow them to stay together? With a short like this, normally the characters are undeveloped and the story feels rushed. Harber has overcome this, pulling me into the lives of these two and wanting more. She has included a cast of supporting characters to give the story body and the feeling of good friends and family, yet leaves the story open with an ending making you grab book two to find out what happens next. Narrated by Xe Sands and Jeffrey Kafer the story has the emotions set to feel the high of first love and the pain of rejection. Can't wait to keep going with the next book.

A good start to the series, I enjoyed it. It is a short listen and it ends in a cliffhanger, this book will make you feel. Two young people from different worlds, best friends from a young age, their relationship grows organically with the expected bumps and some unexpected ones too. The end made me tear up, when Emma gets the news. Then got a bombshell twist, I need to hear what happens next. Ms. Sands and Mr. Kafer's voices were pleasant to listen to, the varied characters were well presented.

Where to start. This is just my personal preference, but I really don't enjoy stories of young love. I assume this is a prelude to a continuing story, but I wasn't impressed. I figured maybe there'd be a few flashbacks to the teenage years, but the book took place mostly in the past, when the couple was in high school. There were only a couple chapters of them as adults. I generally like Cristin Harber, so this is an aberration, I'm sure.

Loved the storyline but hate that it ends with a cliffhanger. Will definitely read the next book.
"This audiobook was provided by the author, narrator, or publisher at no cost in exchange for an unbiased review courtesy of Audiobook Blast."