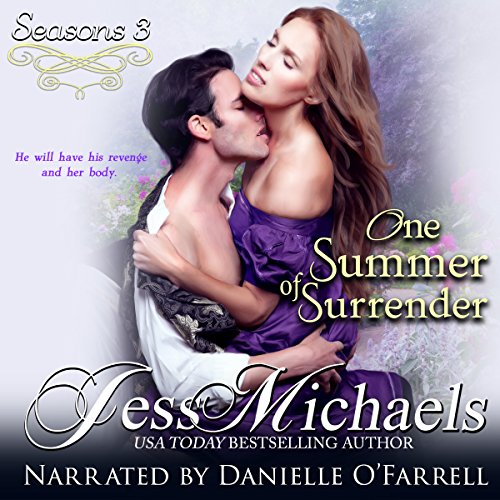 One Summer of Surrender

Lucien, the Earl of Stenfax, has been engaged twice, but only in love once. That was with his childhood sweetheart, Elise. When she threw him over for a man with more money and a higher ranking title, it broke him. Now she's widowed and he finds himself drawn to her again, like a moth to her flame.

Elise had her reasons for walking away from Lucien, reasons he doesn't understand. Back in Society, she's now financially desperate and is even considering becoming someone's mistress. But Lucien keeps appearing at the most inopportune moments and it's only a matter of time before the desire between them explodes.

Time will tell if Lucien will be able to see past his lusty drive for revenge. And if Elise can convince him she's worthy of more, despite the past.

I like this book but if I am being honest it was my least favorite in the series so far. The best part for me was the appearance of Vivian Manning ❤ I loved the Mistress Matchmaker series and it was sweet the way Vivian got these two together. The book dragged a little but It had a nice ending.