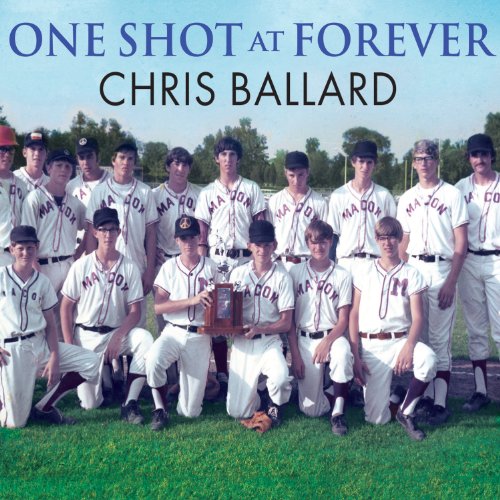 One Shot at Forever

In 1971, a small-town high school baseball team from rural Illinois playing with hand-me-down uniforms and peace signs on their hats defied convention and the odds. Led by an English teacher with no coaching experience, the Macon Ironmen emerged from a field of 370 teams to become the smallest school in Illinois history to make the state final, a distinction that still stands. There, sporting long hair, and warming up to "Jesus Christ Superstar", the Ironmen would play a dramatic game against a Chicago powerhouse that would change their lives forever.

In a gripping, cinematic narrative, Sports Illustrated writer Chris Ballard tells the story of the team and its coach, Lynn Sweet, a hippie, dreamer and intellectual who arrived in Macon in 1966, bringing progressive ideas to a town stuck in the Eisenhower era. Beloved by students but not administration, Sweet reluctantly took over a rag-tag team, intent on teaching the boys as much about life as baseball. Inspired by Sweet's unconventional methods and led by fierystar Steve Shartzer and spindly curveball artist John Heneberry, the undersized, undermanned Macon Ironmen embarked on an improbable postseason run that infuriated rival coaches and buoyed an entire town.

Beginning with Sweet's arrival, Ballard takes listeners on a journey back to the Ironmen's historic season and then on to the present day, returning to the 1971 Ironmen to explore the effect the game had on their lives' trajectories-and the men they've become because of it. Engaging and poignant, One Shot at Forever is a testament to the power of high school sports to shape the lives of those who play them, and it reminds us that there are few bonds more sacred than those among a coach, a team, and a town.

"Ballard writes very well and avoids the usual pitfalls of the inspirational story, the cloying platitudes and rah-rah nonsense. These kids were simply good ballplayers coached by a guy with an open mind, a lot of common sense, and a zest for fun." ( Booklist)

Having graduated in 1971 this audiobook not only entertained but brought back memories that were long ago forgotten. My school was nearly the same siza as Macon...our uniforms were nearly as shabby...and we had fun playing the game. Sweet gave that gift to his kids just like Rod gave the gift of having fun to us...we wanted to win but relationships were even more important. Take the time to listen to this book...it's a winner.

What did you love best about One Shot at Forever?

The focus on interesting personalities and a great unknown story of a high school team, a small town and a place in time. Held my interest throughout. Perfect for audio format.

What other book might you compare One Shot at Forever to and why?

Have you listened to any of Mike Chamberlain’s other performances before? How does this one compare?

I really enjoyed this book! If you played High School sports you will relate to this book. Everyone has those teammates that you will recall and the bus rides to and from games. A coach can turn boys into men and give those young men something that they will carry for the rest of their life. You will love this book !!