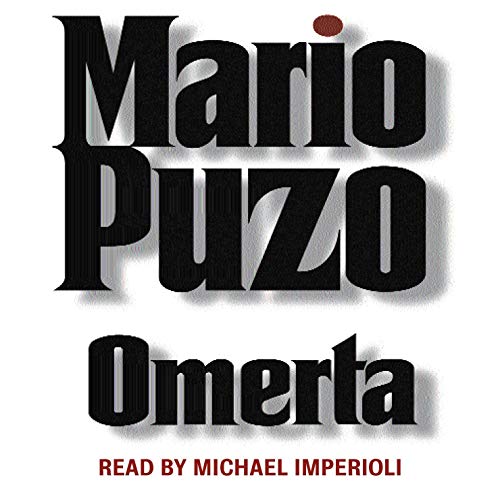 “A splendid piece of crime fiction...a fitting cap to a tremendous career.... Through it all, Puzo keeps the heat on and keeps the reader enthralled with his characters and his story.” (The Denver Post)

To Don Raymonde Aprile’s children, he was a loyal family member, their father’s adopted “nephew.” To the FBI he was a man who would rather ride his horses than do Mob business. No one knew why Aprile, the last great American don, had adopted Astorre Viola many years before in Sicily; no one suspected how he had carefully trained him...and how, while the don’s children claimed respectable careers in America, Astorre Viola waited for his time to come.

That time has arrived. The don is dead, his murder one bloody act in a drama of ambition and deceit - from the deadly compromises made by an FBI agent to the greed of two crooked NYPD detectives and the frightening plans of a South American Mob kingpin. In a collision of enemies and lovers, betrayers and loyal soldiers, Astorre Viola will claim his destiny. Because after all these years, this moment is in his blood....

“In Omerta (the Sicilian code for silence), Puzo cements his reputation as a page-turning storyteller.” (Detroit Free Press)

“More tasty twists than a plate of fusilli . . . Cunning entanglements with an FBI gangbuster, crooked cops and strong women sauce up this deft and passionate last novel by the Balzac of the Mafia.” (Time)

I was deeply saddened when the story came to an end. I am surprised this wasn't turned into a movie. Woooow!

not the godfather but very entertaining .

Very good story . holds your attention and goes by too fast. strongly recommend to any Puzo fan

Not read by Joe Mantegna

Book was good but one would never know that by listening to Michael Imperioli read it.

I think the narrator did a poor job of reading the book, disappointed by performance

Great story but poorly read.
Narrator seemed bored at times then tired of reading at other times.

The story was great and capturing. Puzo has a great ability to weave a tale.

it was a gripping and entertaining story, and great narration by Michael Imperioli, I'll be visiting this again soon

Loved the story and how it was narrated. It was ended well with a hint of more to come.

this book was truly well laid out. It was very deep emotionally. loved it
please read

I love this book! I drive 2 hours a day for work and started listening to this book! I wad looking forward to driving to and from work daily!