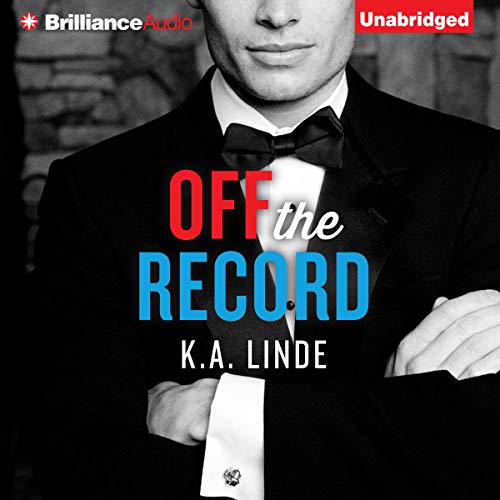 It all started with a question.…

When Liz Dougherty’s first reporting assignment for her North Carolina college newspaper finds her covering a state senator’s impromptu press conference, she has no idea how drastically her life is about to change. Senator Brady Maxwell may look the part with his devastating good looks and impeccable style, but his politics rub Liz the wrong way, and she’s not going to let him off easy.

Liz’s hardball question catches Brady off guard and shows her editor, Hayden Lane, that she’s headed places as journalist. But to Liz’s surprise, she’s also headed for a secret, high-stakes romance with Brady Maxwell that could destroy the careers they each hold dear.

Unsatisfied with sneaking around and realizing things with Hayden might not be strictly platonic, Liz faces a difficult decision: Should she take things with Brady to the next level or call the whole thing off? They soon discover that in love, unlike politics, there’s rarely a clear winner.

OK story, but it didn't end

12 hours long and the story doesn't end, to be continued in the next book. I really dislike that type of cliff hanger ending.

She lives too much in her head!!!!!
It gets very boring, very slow and repetitive.
I hate to let things unfinished so, I HAD to buy the second book but, I am done with this author...

Not as good as I heard from reviews

I was really interested in hearing and reading this book due to reviews, but I'm now thinking that the good reviews were from readers to loved to listen to the f word and A LOT of SEX in GRAPHIC FORM. It was slow moving for too many chapters and please tell me...a Senator with a college student!? Too far fetched...also the girl was a complete door mate. I'm hoping the next one she gets a backbone

Would you try another book from K. A. Linde and/or Natalie Ross?

Probably not. I think K.A. Linde is a good writer, she can describe steamy scenes well, but other than that, I found the story lacking in authentic connection between the main characters. She also relied on too many stereotypes the characters were all one dimensional. Natalie Ross is a good narrator, but I think her male voices sounded too similar.

Would you ever listen to anything by K. A. Linde again?

No. I really wanted to like this book. For the price and the length I gave the book so much more lead-way to impress me, but when I was indifferent about starting part two, I realized I really did not like this book and probably wouldn't like anything else by this author.

Who would you have cast as narrator instead of Natalie Ross?

I think Jill Redfield would have been wonderful.

If you could play editor, what scene or scenes would you have cut from Off the Record?

It wasn't a matter of too much, as much as not enough deep meaningful conversations between Liz and Brady, and that's' not the editor's job, it's the author's.

I really wanted to like this book. I did, but I hated it. I felt Brady was just a spoiled brat on steroids, "I want political career, I want sex with Liz, I want it all on my terms. Give me now!" This is how I felt every time Brady talked about their relationship or every time he treated Liz like a booty call. I wish they had more public banter and love/hate dynamic prior to the first time having sex at the gala, that would have built tension and respect for the characters they they are both strong willed, intelligent people. A debate on campus where Liz is thrown in as the moderator and her bias happens to show through would have been a fun scene to see how they navigate this mutual respect, intense attraction, and the impossibility of truly being together. To me, they just seemed like two twenty-somethings looking for a summer fling. Brady visiting Liz to cuddle her when she was almost in a drunk-driving accident, wasn't enough to get me thinking Brady was worthy of her love. I think it would have been sweet if she tried to come on to him in her drunken stupor and he refused to have sex (thereby showing he cares about her as person and not a sexual outlet) but kept her talking to help her get over her shock from getting pulled over, watching her friend go to jail, and nearly dying. It would have showed some interest in her as a person and not an object. He doesn't even realize that she's a merit scholar until 10 hours into the book. Crazy! I wanted more conversations and romance between the two. Yes, yes, I get it they wanna tear jump each other like rabbits. Cool. Great love scene, but I have to ask, where is the love? At one point I started feeling sorry for Liz and wondered why there's even a contest between Hayden (her cute editor who respects Liz as a journalist and friend) and Brady, our super sexy spoiled brat. This book is not even worth the $7 I spent on it.

I don't think anyone

The main character's personality is warring between driven college student and slut. This book has no plot. I'm three quarters through it and I have yet to determine the plot. This book should be classified as erotica with a warning of explicit language.

unbelievably realistic or tolerable.
Why they just couldnt be together in public makes absolutely no sense. He can trapes around with other young women but not her? T here is no reason why they cant be together hes not married or dating anyone, the only thing is they have different views sorta .....

This story loses a star for not only ending with a cliffhanger, but a TOTALLY lame one at that. As in the author literally wrote "to be continued." to end the book. Seriously!? You made me listen to 12+ hours of angst and drama only to leave me with a completely unsatisfying "to be continued" AND then you want me to get through two more long ass books to find out if these two lovers can get their act together? Listen... I don't mind a good trilogy (or series even) but if the ending is of the cliffhanger variety I feel like it's still the author's responsibility to give the reader a complete (preferably good) ending. I don't think I'll be putting K. A. Linde on my repeat author list if this lazy ending is a typical example of her writing style.

A endng would have been great!

What was most disappointing about K. A. Linde’s story?

The end of the story to be continued, yikes, not worth the money.

Would you be willing to try another one of Natalie Ross’s performances?

Would have never bought this book , don't waste your time!

ON THE RECORD... I LOVED IT

This is a well-written, well described story about the heartbreaking conflicts and decisions made when lust and love come between careers and dreams. It's definitely a "just one more chapter" listen as I didn't want to hit the 'pause' button and I couldn't wait to hear the HEA ending but at the same time I didn't want it to finish and then, oh then, when the narrator said those dreaded words TO BE CONTINUED.... well I was left tearing my hair out as it's book 1 of a trilogy and book 2 isn't out until August and I'm lacking the patience gene!!

Liz is studying Journalism and is now a Reporter for her College Newspaper but when she goes to a Press Conference given by the handsome, charismatic and drool-worthy State Senator Brady she's in awe. She doesn't agree with his politics and gets to ask him one question and that's all it takes for the mutual attraction and sexual awareness to kick in and she soon discovers he has it all - money, good looks, a body to die for, pedigree, sexual stamina and her. However, gorgeous Hayden, the Editor of the Newspaper, who she has had a crush on for two years sadly never made a move on her until it was too late.... or maybe not?

Yes, there's a political theme running through it as Brady is running for a place in the House Of Representatives so he can't let the forbidden and doomed relationship interfere with either his Campaign or his goal. So Brady and Liz have to keep everything secret but when there's secrets upon secrets and secrets between the lovers then their affair and blossoming love is threatened so eventually something has to give. The political aspect of this listen is slight compared to the touching, sexy and heartbreaking romance between Brady and Liz. Hayden also makes his move unaware that he has given Liz an alternative to the life she's currently leading. Told from Liz's POV except the last chapter which was an emotional insight into Brady's POV and there's some interesting secondary friends, relations and potential enemies.

Worth a credit? Definitely but, at under $10, I just bought it and saved my credit but if I'd used a credit on this listen then I'd still be smiling.

There is no ending.

Frustrating to listen for hours and then have "to be continued" as the ending.
Charge more and write the entire book. And it's not offered as a series.