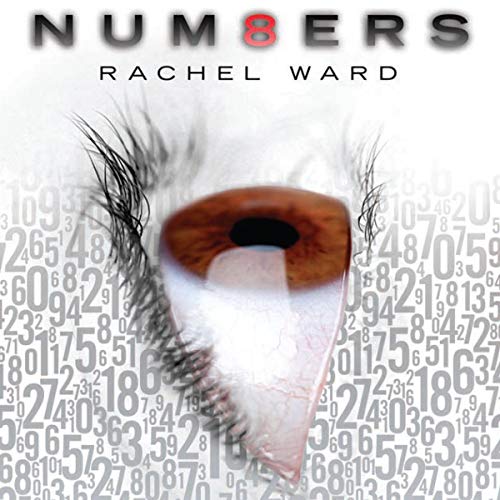 Since the day her mother died, Jem has known about the numbers. Numbers that pop into her head when she looks into someone’s eyes. They’re dates, the numbers. Dates predicting with brute accuracy each person’s death.

Burdened by such grim knowledge, Jem avoids relationships. Until she meets Spider, another outsider, and takes a chance. Maybe they can find happiness together, if only in the brief time that remains before his expiration date.

But on a trip to London, Jem foresees a chilling chain of events:

The city’s a target.

The clock’s running out.

The countdown is on to a blowup!

I purchased this and several other audiobooks the other day. I like to listen to the first few minutes of each, to see which book I want to start with... This book made me forget I was sampling. Hooked me right away! Has a great Narrator, very smooth! The Narrator sounds like she is telling the story, not reading it. I enjoyed this Audiobook and would recommend it to others! Great writing!

This isn't just an audiobook, it's a play...

At first I was wary of buying this audiobook because of the narration in the sample, but then I saw the reviews and decided to give it a go and instantly knew why people praised it, listening to this audiobook you get much more than you would have just reading the book, I don't think I would've liked the book if I read it in print...

You can feel how the narrator isn't just doing this to get her paycheck and go on with her day, she reads the story exactly as it should be read, she makes you feel all the emotions in every character's voice, something that you will not be able to get from the printed version, every character has a voice so different you keep forgetting it's one person reading this...

As for the story itself,well it is interesting, I wouldn't say it's the best story ever because it makes you wanna go inside the book and kick the main characters in the stomach for their stupidity but it's good enough to keep you entertained for those 9 hours...

The narrator really carried the story for me..

Meh..I liked NUMBERS but I didn’t love it, just a solid like. An interesting read throughout, just not overly “exciting”. With a premise like, “Ever since the day her mother died, Jem has known about the numbers. Numbers that pop into her head when she looks into someone's eyes. They're dates, the numbers. Dates predicting with brute accuracy each person's death.” I was expecting a much more gripping read and a very different one as well.

Numbers is not the norm as far as paranormal novels goes. The only thing paranormal is Jem’s ability to see the “death numbers”, otherwise the story is about a 15 year old orphan kid in London, who’s had a rough bit of it so far and due to being in the wrong place at the wrong time, is forced to go on the run. On this journey she grows and learns a lot about herself and most importantly learns to trust and love.

Numbers a good read that is well written and Sarah Coomes does a fantastic job narrating and bring the story to life...it’s just not what I was looking for when I plugged in. I’m undecided if I’ll check out the next book. We’ll see if I come across it in the bargain bin.
**There is some sex in it, but nothing too graphic.

Have loved this book since I was 13!

First read the story when I was 13 finished all three books. I am now 20 and still have the same feelings and emotions to this book as to when I was younger. Definitely a trip to the past! and for Gem a look to future.

Enjoyed this book,and how it ended giving a n glimpse into unwavering hope and trust

loved it!! great story! kept me wanting to listen longer each time! I have recommended it to others