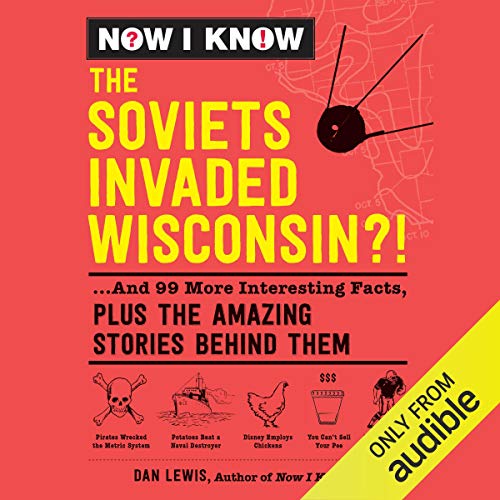 A brand-new collection of fascinating facts spanning history and sports to science and pop culture that will have you proudly stating, “Now I know!”

Did you know that a measles outbreak led to the assigning of phone numbers? How about the fact that pirates are the reason we don’t use the metric system in the United States? Or that there’s actually a reason why stepping on a Lego hurts so damn much?

Now I Know: The Soviets Invaded Wisconsin?! is the ultimate challenge for even the biggest trivia buff. From the time a tomato plant stood up to a volcano to Portland’s great garbage battle of 2002, this book will put your general knowledge to the test and explain the most fascinating stories behind the world’s greatest facts.

Based on the very popular newsletter, you are guaranteed to learn something new despite how much you already think you know. Covering 100 topics, Now I Know: The Soviets Invaded Wisconsin?! will surprise any know-it-all who thinks they have nothing new to learn.

great book, filled with incredible, interesting facts. some I didn't know, and others I learned more about.