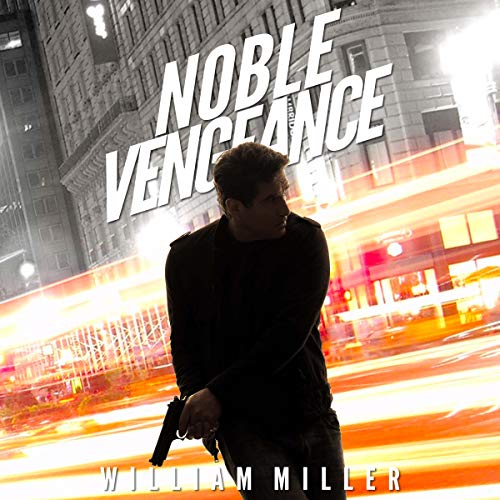 Jake Noble is Back... And Deadlier Than Ever

When a friend and former teammate goes missing while on assignment, Jake Noble gets on the first plane to Mexico. Determined to catch his friend's killer and exact revenge, Jake finds himself pitted against a ruthless drug cartel, aided by a mysterious woman with a haunted past, and hunted by members of the CIA. Someone in Washington is hell-bent on stopping Noble before he uncovers a deadly secret that will shake the very halls of power.

Trumper wrote a book of kiss azz fiction for the Orange guy. It ends in favor of the criminal.

I really like the series and the action. These are great books so far. However, the reader performance is just not good. When reading the story he’s fine. When he reads first person, it’s terrible. His inflection and tone is all wrong for the lines. This story is based in Mexico and the characters all sound like a bad imitation of Speedy Gonzalez. I hope it gets better in future books.

Too much political BS

Constantly making the villain a Dem turns me off. Especially now. In these times when the real villains are on the other side of the street it just seems like Fox News. BS. Better authors out there without the BS.

Okay first one was better

A little too much political that took away from the story in this one. Given audio for my voluntary review and my honest opinion

Ripped from the imagination of Alex Jones

I liked the first book, but this one is just bad. It’s predictable and the author barely even tried to disguise people names. Sean Hannity becomes Sean Hanissy, Hillary Clinton’s character gets a new name but still has a daughter named Chelsea. The Hillary bad Trump good conspiracy is so bad that I can only imagine the next book in the series will have Jake taking down pizzagate. I had hoped that a fictional character with my name would live in a better world, but alas Will has let me down.

The story was great and The narrator was great as well. I can't wait until the next book .

Talk about art coping life. This ‘spy thriller’ is straight from the headlines; political headlines. I couldn’t stomach it made me sick. Really disappointed. Yuk!

Great story but I think the readers voice is better suited for another genre. I listen to menu books on audible and the narrators can make or break a series for me.

Not a bad series

The second release in this series was as okay as the first. the stories are decent, although this was a mirror image of the Hillary server scandal and the election against Trump. Even using the exact headlines from the mainstream propaganda machine...I mean networks, is okay. The biggest issue with the stories is the presentation. The reader is fine, but not for the genre this falls under.