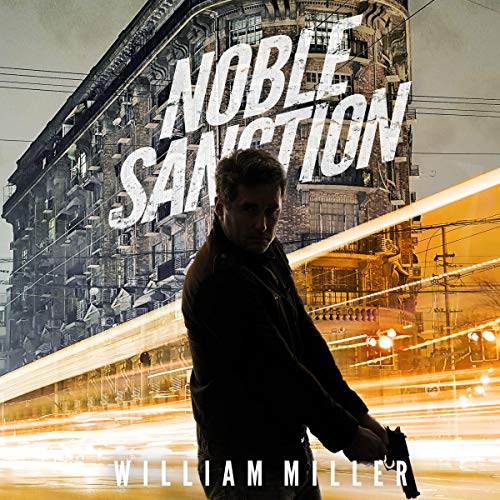 When a beautiful but deadly assassin murders a man in a DC hotel room, Noble is ordered to find the killer and bring her to justice.

After the devastating death of Samantha Gunn, Jake Noble has spent every night since drinking himself into oblivion. Jake’s world is shattered and he’s looking for answers. Instead he gets a call from Langley.

A Secret Service agent has been found dead. The CIA wants to know who killed him and why. Noble tracks the assassin across two continents only to discover a larger, more sinister plot at work. Someone is trying to destroy the United States of America, and Noble may be the only man who can stop it.

too much cut and paste

Thank goodness for word processors! Otherwise, this author would have to type the same thing again and again. The most memorable one is that Jake's man parts try to crawl up inside his pelvis. Three times. This is to illustrate just how terrified Jake is. There are other cut-and-paste lines as well, demonstrating a lack of imagination on the part of the writer.

The plot was so twisted that it lost its direction. I think it was supposed to be a great clever surprise, but it rubbed me the wrong way. I also didn't like the angst over Sam's death. Never believed in her character anyway. That she could become a super agent in so short a time never did ring true.

The epilog is confusing. Who..? What...? You couldn't just end the story--you had to leave a cliff hanger, and with a new character at that? Not a fan of that trick.

The narrator's voice is nice enough to lull you into thinking he's doing a good job, but he isn't. He comes to full stops in the middle of sentences, breaking up phrases that then lose their meaning. It became very annoying to me. He also pronounces "pull" the same as "pool" which frequently broke the flow of the narrative.