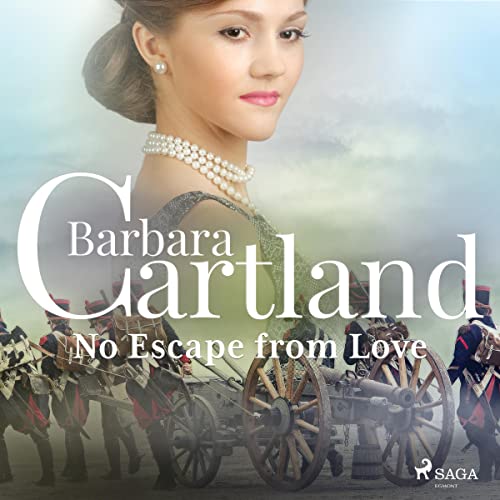 No Escape from Love

Hiding in the seedy underbelly of Paris, Vernita is keeping her sick mother alive by selling exquisitely embroidered lingerie to a shop that supplies the Princess Pauline Borghese. When Vernita approaches the Princess directly with a new negligee, she is enchanted and employs Vernita as a personal servant.

As an English noblewoman in the enemy French court, Vernita has to tread carefully. However, both the Princess’ handsome lover Count Axel de Storvik and the all-powerful Emperor Napoleon are making matters more complicated...

The "Queen of Romance" Barbara Cartland wrote over 700 novels in her lifetime. She holds a Guinness World Record for the most number of books published in one year: 191. Her books have been translated into many different languages, as well as adapted for stage and screen. She is beloved the world over and even counts the young Princess Diana as one of her many fans.