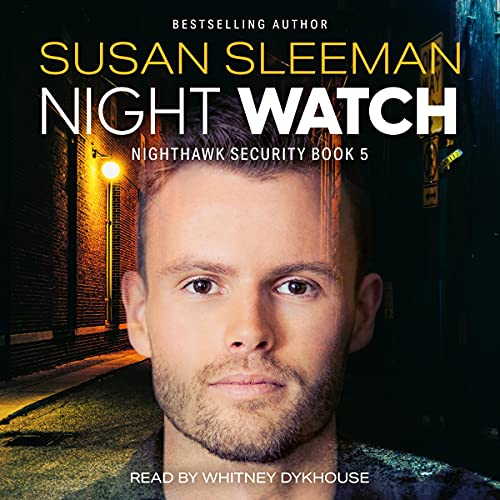 Everything points to suicide or accidental death....

Underwater crime scene investigator Kennedy Walker is shocked when her mother dies, and the police rule her death a suicide or an accidental overdose. Her scientist-mother was on the verge of a scientific breakthrough, and Kennedy knows her mother would never end her life, but the detective won’t listen. Kennedy moves back to her home town and commits to finding her mother's killer and finishing her work.

And she must prove them wrong.

Kennedy digs deeper, garnering the killer’s focus, and he puts her in his crosshairs. She can’t give up on such an important project, so she swallows down her unease over the tumultuous breakup with Erik Byrd in college and hires Nighthawk Security, not only to protect her, but to help find her mother’s killer.

It takes only one look for both of them to know their feelings for each other haven't gone away. With so many people counting on her to complete the project, giving in to old feelings is a distraction neither she or Erik can afford, and they both need to keep watch. Especially in the darkest hours of the night, when the killer comes out to play.

This Nighthawk Security series has extended my desire to read more by Susan Sleeman. l loved the overlap with two other series she has written & I'm desperately awaiting the audio version of the 6th in this series... to see where it takes me!

I loved this story, it was so interesting and kept my attention from the beginning. The narrator was awesome which just added to the story.

Ms. Sleeman has done it again, another fantastic series regarding Nightwatch. I can hardly wait for book number six to come out. From the first sentence to the last line I was totally enamored by this book!!
Excellent reading by Amy Dykhouse.