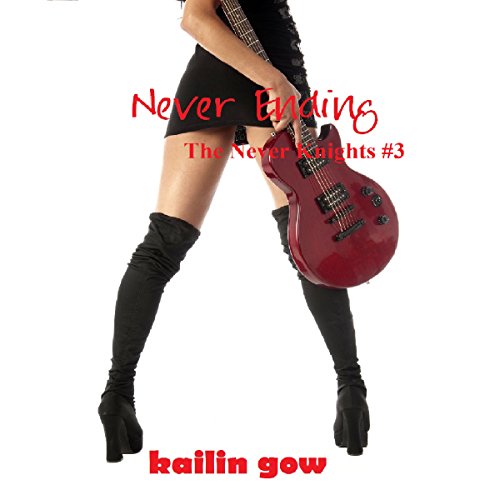 Neve "Never" Knight, the daughter of a rock legend, and the only young woman in a band of hot sexy guys, saw her world come crumbling down right when she was at the top. In an impossible love with her sexy British guitarist Danny Blue, against her own rule of not dating anyone in her own band, she gets the rudest awakening in her life as she gets thrown into a vicious game played by all. Danny Blue, sexy rock star, who had hidden most of his life away from his eccentric billionaire father's past, is torn between wanting Neve and doing what's right for the band and for his family. Can he give up his desire and endless hunger for Neve to save the band or would his growing love for her destroy everything they've been fighting for? Or will everything he has drive Neve into the arms of another or away forever? Never Ending is the final book of the Never Knights Trilogy which explodes with emotions, wit, and all the drama of a Hollywood story in an heart-wrenching conclusion.