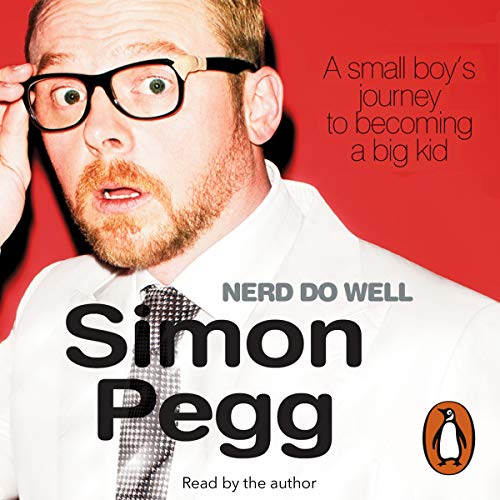 Zombies in North London, death cults in the West Country, the engineering deck of the Enterprise: actor, comedian, writer, and self-proclaimed supergeek Simon Pegg has been ploughing some bizarre furrows in recent times. Having blasted on to the small screen in the gut-busting and now legendary sitcom Spaced, his enduring appeal and rise to nation’s-favourite-son status has been mercurial, meteoric, megatronic, but mostly just plain great.

From his childhood (and subsequently adult) obsession with science fiction, his enduring friendship with Nick Frost, and his forays into stand-up comedy which began with his regular Monday morning slot in front of his 12-year-old classmates, Simon has always had a severe and dangerous case of the funnies.

So, sit back, relax, and let Simon Pegg and his faithful robotic butler Canterbury take you on a spectacular journey of self-discovery. (Or, take this book to school and swap it for something cooler…) Dotted with a cast of memorable characters who have helped shape the life and career of a complex, dynamic and unstoppable man, Nerd Do Well is the joyous tale of a home-grown superstar and a local boy made good.

if you love simon pegg

I love Simon Pegg. His voice is pleasant and his thoughts are entertaining. it split into a story and biographical narratives. Would read again - especially if I could only hear the biographical parts.

Not a fan of the robot side story, but overall a great book. Pegg does a great work reading his book, he's a superb storyteller.

It was a pleasure to listen! I really really like this guy! Looking forward to see him on screen.