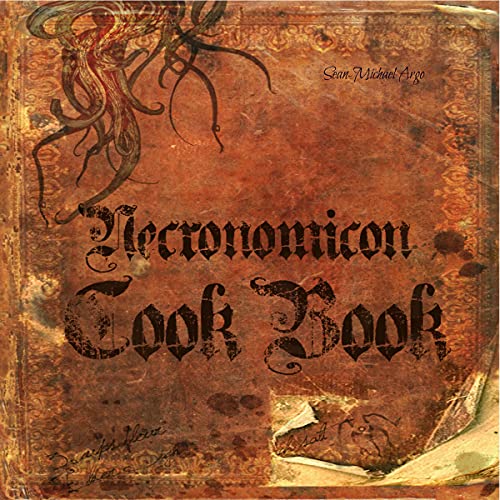 Shotgun Rednecks and Moonshine Wizards face off against Eldrtich Horrors and the Cthulhu Mythos!

There is a grimoire, known by most as the Necronomicon. It is ancient and powerful. Its very name is said to be the sound of howling demons. Upon its yellowed pages are spells and rituals that give terrible knowledge and power to those mad enough to seek it. The book is bound in human skin, inked in blood, and contains the dead names of Those Who Dwell Beyond.

What you got in your paws right now, is best described, as one part grimoire and one part cookbook. In this audio, you'll listen about slayers who fight the good fight to keep this here world spinning just one more day. How slayers cast spells using moonshine, and fight monsters with magic shotguns, then preserve their souls and sanity with some down home cooking.

That's where I come in. My name is Clifford Bartlett. I am a bootlegger, redneck outlaw, and a slayer of nasty things. The Elder Gods are coming, that's for sure, from Cthulhu to Hastur. Their villainous allies are already here. The world is infested with cults and shoggoth demons and they will do their level best to bring about the end of everything.

Sometimes, all that stands between us and them, is a pan of cornbread. Hope you brought an appetite.

This performance is exceptional, and the writing is so much fun. Very well done. We have recommended this now to more of our friends than any other audio book.