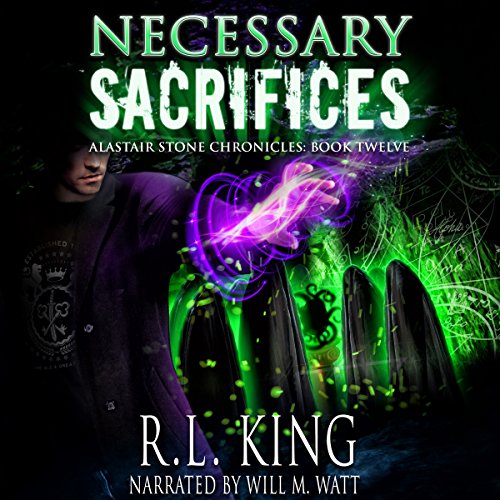 Sins of the past

Alastair Stone has barely begun to recover from the death of a friend when he’s rocked by yet another - this time someone who was closer to him than his own father. It looks like natural causes, but a grief-stricken Stone isn’t convinced.

As England’s magical community comes together to mourn the shocking loss, Verity meets a group of powerful female practitioners who offer to teach her potent new magical skills - a group whose leader seems strangely familiar. And meanwhile, Stone’s shocks have only begun as new revelations come to light - revelations that point at horrific acts from his past, cast chilling new suspicions upon the accident that killed his father, and prove that everything he thought he knew about his dead mother was wrong.

As Stone uncovers more terrifying secrets from the earliest years of his life, the darkness in his past at last catches up with him. To save those he loves and prevent some old enemies from committing a monstrous act, he’ll have no choice but to make sacrifices of his own.

Don't miss the rest of the series:

Stone and a Hard Place

Although the storyline was pretty good, Stone seemed weak and over emotional in this one. Not sure I like this version of him.

So much explained in this book

This was a riveting. I had a hard time concentrating at work as I could not wait to listen to the book again that evening! The plot was full of intrigue and held the listener's attention. Lots of twists too. The romance part for Stone is not really a comfortable feeling, sort of creepy. I hope the romance with this character is temporary.

Excellent. RL King is a fantastic writer. The storyline is fantastic. Will M Watt performed wonderfully, he brought the characters to life. Alastair Stone again faced evil and he had save himself and Verity as well. There is a budding romance between Alastair and Verity and I hope there will future books on their romance and adventures. Worth a credit.