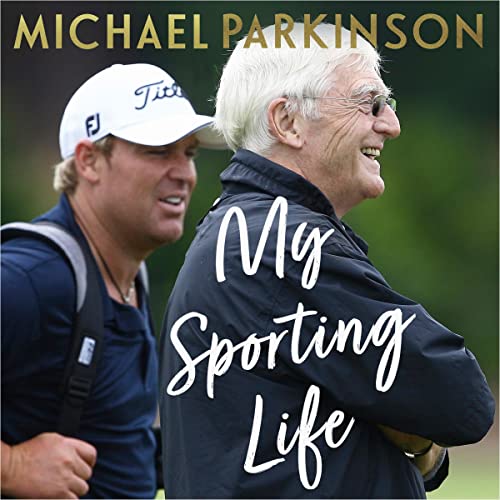 Michael Parkinson recalls his sporting life in this amusing memoir full of personality, anecdotes and insight.

'Like my father before me, I believe that both the playing and watching of sport can teach us important lessons about ourselves by providing practical instruction in co-operation, tests of resolve and temper'

For Michael Parkinson it was never really in doubt that he would spend his life in sport. His father, a fearsome fast bowler himself, indoctrinated young Michael from an early age into the Yorkshire cricket tradition and supporting Barnsley FC. All he ever wanted was to play cricket for Yorkshire and England.

He rose through the ranks of Barnsley cricket along with his friends Dickie Bird and Geoffrey Boycott. But while they went on to find fame on the field, he spent the next few decades watching, writing and talking about sport.

My Sporting Life is Sir Michael's love letter to sport, to the heroes and legends of his Yorkshire youth, to the characters of the international games he watched and wrote about, and to the very idea of sport itself. With warm humorous anecdotes about many icons of sport, from Shane Warne to George Best and Muhammad Ali to Fred Trueman, Sir Michael Parkinson reflects on his life writing about his one great passion.