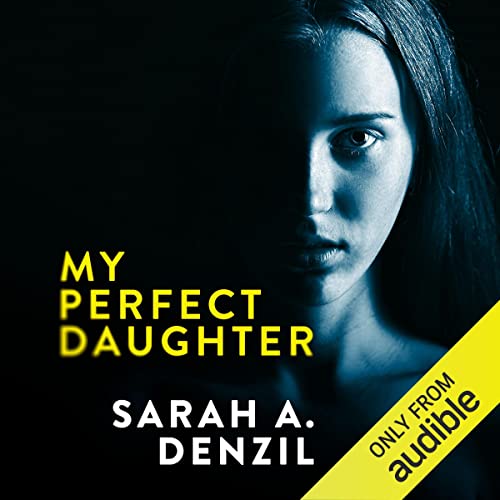 Most mothers hope their little girl turns out like their dad, but not Zoe. She hopes the apple falls far from the tree.

Zoe didn't meet her daughter the way most mothers do. She finds five-year-old Maddie alone and dirty on a countryside road. Frightened for Maddie's safety, she picks her up and takes her back to her father, not knowing what she's about to step into. Because Maddie wasn't just lost; she was there to lure her serial killer dad's new victim.

After escaping from the clutches of Maddie's dangerous father, she bonds with the little girl. Only Maddie knows what it was like to be at that house. And when no family members come forward to claim Maddie, Zoe decides to adopt her. They move away to a safe house on the Cornish coast and become a family of their own. Zoe gets married and has another child, a baby brother for Maddie.

But Maddie is still traumatised by what she experienced. Diagnosed with callous and unemotional traits, Zoe has a tough job to ensure Maddie has the love and support she needs. Zoe truly loves her daughter—she wouldn't change a thing about her. But there is a part of her that always stays alert. A part of her is afraid of Maddie.

And now, 11 years later, Maddie's school bully is found dead, and another girl is missing.

I can't believe I read this book. I wish I hadn't. I don't know what it takes to think up a story like this, but I've been shocked enough to give up reading mysteries if this is what they are turning out now. It will bother me for quite a while. Just horrible.

Daughter of a serial killer

Two missing girls in a sleepy town lead detectives to Maddie a sixteen year old who is the daughter of a serial killer.
Eleven years ago Zoe found Maddie on a dusty road. Maddie lured Zoe back to Ivycross Farmhouse where her father beats and kills women.
Zoe and Maddie lived to share their story. Zoe wrote a book about there experience. With the recent occurrences of the missing girls the information written in her book created suspicion and fear in the neighborhood.

I listened using the audible app at 1.9x speed. I purchased the audiobook as a companion to my ebook. This is unabridged version and is ideal for listeners and readers who enjoy experiencing both simultaneously.
Lucy Paterson is the solo female narrator performing My Perfect Daughter in its entirety. Lucy brought this story to life with her British accent. Her performance enhanced my listening experience.

It's a mystery mixed with survival, and strong women. Lots of real human behavior from horrible to redeming qualities. The best book I have read in a long time. Totally worth a credit.

TW Alot of physical abuse in this book, but it is written very tastefully if you can imagine that.

definitely read this! you will love it. I'd buy this book. love brits lol.

This was an excellent read. The characters were developed, the twists were many, the writing was well done, and the NARA raider was excellent! If you like twisty thrillers, this is unique and I recommend it.

I didn't see that coming. I figured most of it but the last part, I have chills. You never really know anyone.

Wonderful narration. Actually kept my art which is hard to do because I listen to relax and fall asleep.