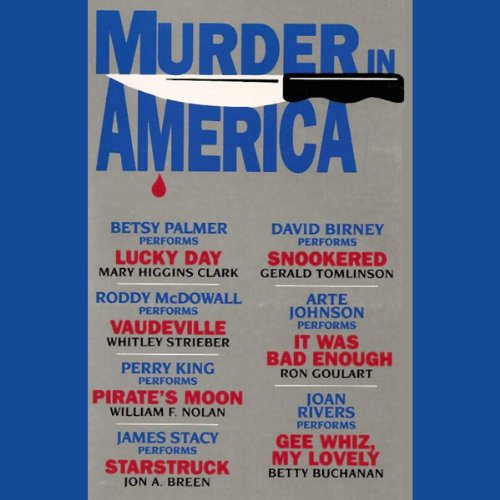 Stories by Seven Renowned American mystery writers offer a delightful mix of mystery, suspense and murder in this new anthology.

PIRATE'S MOON Author: William F. Nolan, Performed by: Perry King A psychic working for the LAPD fails to foresee that a stone-age cannibal cult may be terrorizing the city.

STARSTRUCK Author: Jon A. Breen, Performed by James Stacy A group of aging actors is still fatally haunted by the consequences of the McCarthy-era blacklist.

SNOOKERED Author: Gerald Tomlinson Performed by: David Birney The story of a new breed of football coach and a team the sportswriters can't ignore.

IT WAS BAD ENOUGH Author: Ron Goulart, Performed by: Arte Johnson The tragic story of a comedian trying to make his comeback who learns his ex-wife's tell-all book is about to be filmed.