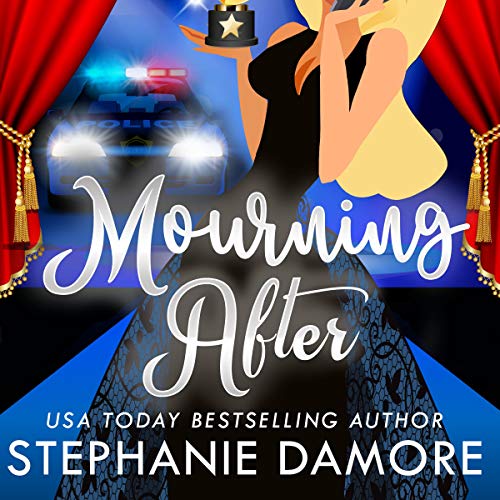 Crying and rolling on the ground: $150

Threatening to jump in the grave: $250

Aspiring stage actress Maven Mackenzie tried to take a bite out of the Big Apple...and choked. Returning from NYC with her head down and ego shattered, she had no idea what to do next. Until the Funeral Fakers find her and offer her a role as a professional mourner.

It isn’t the best gig she’s ever gone after, but, hey, it’s something. Her boring new life goes from 0 to 60, however, when a family friend winds up murdered.

Now, finding the killer lands squarely on Maven’s unprepared shoulders. But when the deceased was a real pistol, and everyone in town seems to have a motive, the killer could be anyone, and they could strike again at any moment.

Can Maven uncover all the right clues to solve Asheville’s latest funeral fiasco? Find out whodunit in this hilarious mystery series filled with fake tears and a very real body count.

Mourning After is book four in The Funeral Fakers series. Each book stands completely on its own, but you'll have more fun if you listen to them all together! Buy the audiobook and start listening today!

Learning about Maven and funeral faking was terrific!!! Her grandma and friends were a fun cast of characters!!! You definitely want to go visit the Biltmore Estate. It is America’s Castle!!! The gardens are to die for LOL I want to hear about the rest of the fakers now!!!

Loved the book & the narrator!

Stephanie Damore has done it again! Another wonderful cozy mystery! And, she has a new narrator that did an excellent job! She had the southern accent down perfectly without going overboard. As a Georgia girl who definitely has an accent, I appreciate that! Lol

This is a great mystery with a twist ending. I like the characters and the storyline. This is a series but this is the only one I’ve read so works well as a stand-alone. Great read!

I received a free copy and left my honest review

I have listened to one other book in this series and really enjoyed it. Mourning After was ok but not remarkable. The characters and story seemed flat and not believable. No senatorial candidate would date a woman like the victim in this book.