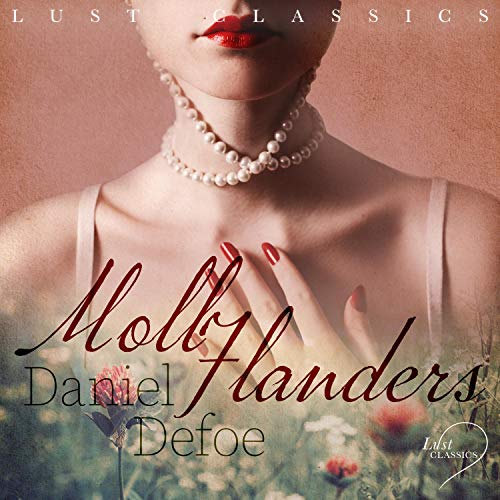 "I saw the Cloud, though I did not foresee the Storm."

The daughter of a convicted mother, Moll Flanders - a tough and self-assertive young woman - must learn early on how to look out for herself. When her husband dies, she sets out to attract another. And then another, and then another, and then another ... In a time when women served little purpose in society, Moll manages to find a way to combat every obstacle life throws at her. Whether that means working as a prostitute or a pickpocket, having sex with certain men or accidentally marrying her brother.

"Moll Flanders" (1722) has been adapted for the stage, TV and film several times, most notable is the 1996 movie starring Robin Wright and Morgan Freeman.

Daniel Defoe (c. 1660-1731) was and English writer and spy. His most famous novel, "Robinson Crusoe", is one of the earliest novels ever written, making Defoe the founder of the English novel. He wrote more than three hundred books, pamphlets and journals in his lifetime and was often in trouble with the authorities.

This is a real English classic ...

... and it may be interesting to the modern reader because Defoe depicts the cruelties, the absurdities of life in England in his time, and he does it in a very entertaining way. Seen through the eyes of the young and naive Moll, the heroine that loses her naivite progressively (though even well advanced in life she still retains some of it), we are taken on a journey into the heart of criminal London at the time. Crime and punishment lose their absolute values and the world seems on its head as Moll relates her adventures. I recommend this book to the curious reader.

Eye-opening history as to what women had to do to survive in England during the late 1600s-early 1700s. At some points, I very much disliked Moll Flanders, but she was a survivor with a, basically, good heart who in the end triumphed!