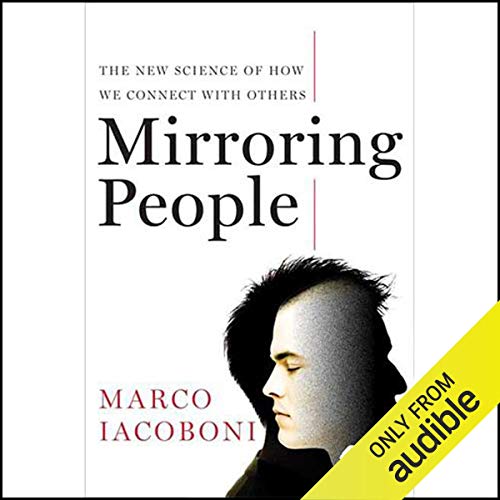 In 1997, a team of neuroscientists in Parma, Italy, began doing research on neurological responses of Macaca Monkeys. Electrodes were planted in the monkeys' brains, in an area labeled F5, located in the premotor cortex — "that part of the neocortex concerned with planning, selecting, and executing actions". The neuroscientists were monitoring how the monkeys' neurons responded when the monkeys made "actions of the hands, including grasping, holding, and tearing, and, most fundamental of all, bringing objects — food — to the mouth". Very soon the researchers found that when the monkeys observed the actions that they were being monitored for (e.g. picking up a cup of coffee) their neurons fired the exact same pattern of responses as if they were executing the actions. The same neurons tagged for study in the monkeys were now mirroring the actions of the human researchers.

From this extraordinary variant of monkey-see-monkey-do has arisen a very exciting transformation in cognitive science, a revolutionary theory still very much in development that is profoundly altering and expanding our understanding of how humans learn from, interact with, and understand each other. Marco Iacoboni, MD, PhD (a psychiatrist and native Italian), was with the Parma team from the beginning. His book, Mirroring People: The New Science of How We Connect with Others, is a detailed and comprehensive account of the mirror neuron theory for the general public. The book is structured around a long series of peer-review research studies that document the step-by-step development and expansion of the mirror neuron theory. Iacoboni's exceptional authorial accomplishment is the ease — indeed the charismatic fluency — with which he converts the heady and specialized peer-review findings of this burgeoning science into accessible, warm-blooded prose.

There are caveats for the audiobook listener. The implications of these studies are immense, and as one peer-review study follows another, and as their implications expand and compound, well, the listener must adjust. The first group of studies is easy to take in and understand. But as they become more involved and their meanings ramify, and as Iacoboni applies deeper and more profound conceptual conclusions, the content becomes quite challenging. Deep thought is required and diligent listening essential, if one is to mine the richness of this extraordinary audiobook. Peter Ganim nails the exceedingly difficult narrative balance of increasingly hard science with warm and entertaining presentation, the hard tack details of the science with the engaging personality of Iacoboni. Mirroring People represents an exceptional test for a narrator. Ganim aces it. —David Chasey

What accounts for the remarkable ability to get inside another person's head - to know what they're thinking and feeling? "Mind reading" is the very heart of what it means to be human, creating a bridge between self and others that is fundamental to the development of culture and society. But until recently, scientists didn't understand what in the brain makes it possible.

This has all changed in the last decade. Marco Iacoboni, a leading neuroscientist whose work has been covered in The New York Times, the Los Angeles Times, and The Wall Street Journal, explains the groundbreaking research into mirror neurons, the "smart cells" in our brain that allow us to understand others. From imitation to morality, from learning to addiction, from political affiliations to consumer choices, mirror neurons seem to have properties that are relevant to all these aspects of social cognition. As The New York Times reports: "The discovery is shaking up numerous scientific disciplines, shifting the understanding of culture, empathy, philosophy, language, imitation, autism and psychotherapy."

Mirroring People is the first book for the general reader on this revolutionary new science.

Three stars. The science is worth a download, but the conclusions about human behavior aren't.

Everyone would benefit from reading this book. The research is well explained and applied to real life. The author presents compelling evidence for avoiding violence especially for children. I will listen to this book again, I'm sure.

A decent intro to mirror neurons.

This is a decent intro into mirror neurons. The lay reader probably doesn’t need so much frequent explanation of how experiments were constructed but not a big deal. The reader’s voice became less robotic toward’s the end of the book. More on the implications of findings would be appealing. Recommended overall.

I read this book for my high school capstone you really have to sit down and listen to it to get the information. I thought it repeated many things but overall pretty well written and narrated. If you wanna find out why people how how they are I would recommend it. Gave it 4 out of 5 because it was such a hard read