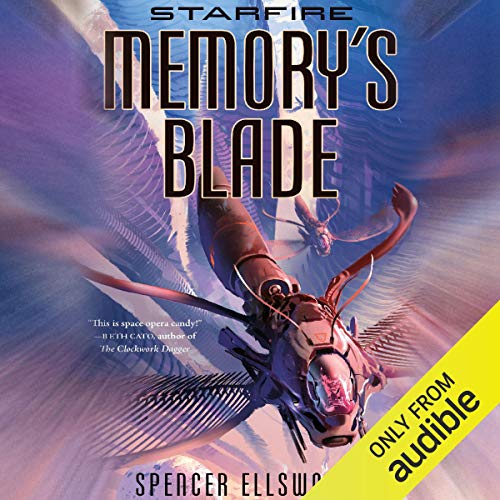 At the heart of the Dark Zone, a duel for the universe rages.

In an ancient Jorian temple, Jaqi faces John Starfire, the new ruler of the Empire. He has set all the worlds aflame in his quest to destroy humankind. Jaqi has sworn to stop him. Problem is, Jaqi isn't much of a fighter.

Meanwhile, the sun-eating cosmic spiders, the Shir, have moved out of the Dark Zone and are consuming the galaxy. Araskar knows that he must hold them back, but to do that he has to give himself over to the Resistance, under the command of John Starfire's wife. And she wants him dead more than she wants the stars to live.

If Jaqi and Araskar can fight their way out, they can use a secret at the heart of the Dark Zone to free the galaxy and end John Starfire's new tyranny. They lose, and every star in the sky will go dark.

narrators are perfect. great story with twists and turns. plenty of action and the characters feel very real

A very enjoyable series! Hope their will be a 4th excellent narration by Kowal and Keating