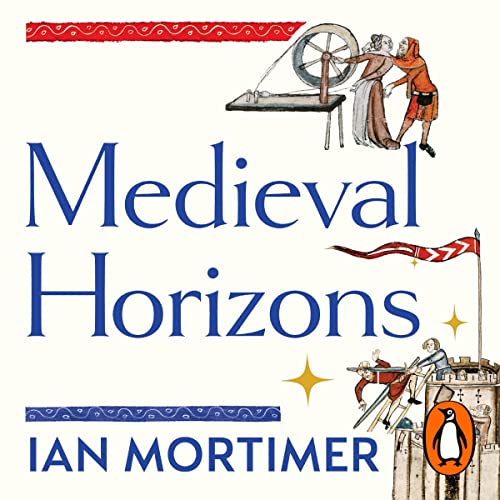 We tend to think about the Middle Ages as a dark and backward time, characterised by violence, ignorance and superstition. We believe that life was unchanging over the period, so if a peasant fell asleep in in the year 1000 and woke up six hundred years later, he would return to a world that was instantly recognisable. We hold that change is facilitated by science and technological innovation, and that it was the inventions of recent centuries, from the steam engine to the Internet, that created the modern world.

We couldn't be more wrong. As Ian Mortimer shows in this fascinating introduction to the Middle Ages, people's horizons—their knowledge, experience and understanding of the world—expanded dramatically. All aspects of life—politics and economics, religion and the arts—were utterly transformed between 1000 and 1600, in the process laying the foundations on which our modern lives rest.

If Ian Mortimer's bestselling Time Traveller's Guide to Medieval England revealed what it was like to live in the fourteenth century, Medieval Horizons provides the perfect primer to the period as a whole. It looks at the Middle Ages through the prism of a small range of topics—ranging from warfare to religion, travel to architecture, inequality to a new sense of self—thereby correcting misconceptions and presenting the period as one of the most important eras in our past, about which any listener with an interest in history should care.