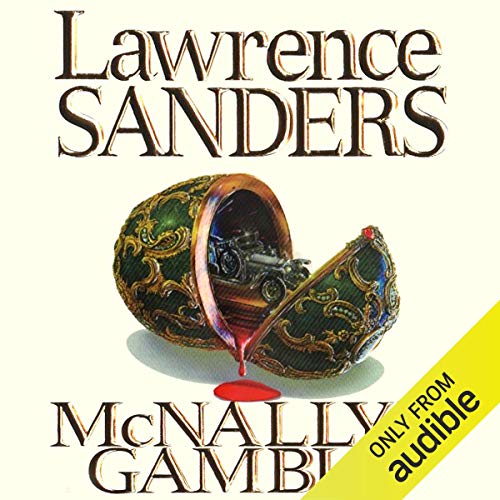 A risky gamble might not pay off when Lawrence Sanders's dilettante detective plunges into a quagmire of greed, passion, and murder

At first, Archy McNally was unofficially enlisted to verify the bona fides of a deal for a rare Faberg Imperial egg, created exclusively for the doomed Czar Nicholas in 1917. But when Edythe Westmore's son and daughter become convinced the trinket is a fake and their mother is being conned, McNally is asked to deep-six the whole deal.

He gets more than he bargained for when Natalie Westmore and her brother's wife, Helen, both try to seduce him. The Palm Beach detective will need to employ some fancy footwork as he reveals a mess of lust, greed, and murder that smells worse than a rotten egg. Now it's his own neck McNally's risking to lay a trap for someone who's counting dividends before they hatch.