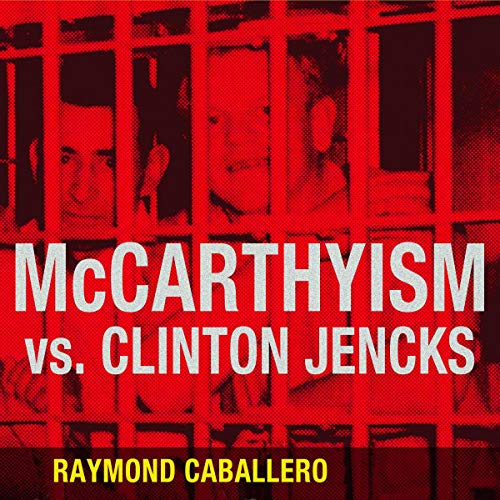 For 20 years after World War II, the United States was in the grips of its second and most oppressive red scare. The hysteria was driven by conflating American Communists with the real Soviet threat. Thousands lost their jobs, careers, and reputations in the hysteria, though they had committed no crime and were not disloyal to the United States. Among those individuals who experienced more of anticommunism’s varied repressive measures than anyone else was Clinton Jencks.

Jencks, a decorated war hero, adopted as his own the Mexican American fight for equal rights in New Mexico’s mining industry. In 1950 he led a local of the International Union of Mine, Mill, and Smelter Workers in the famed Empire Zinc strike - memorialized in the blacklisted 1954 film Salt of the Earth - in which wives and mothers replaced strikers on the picket line after an injunction barred the miners themselves. But three years after the strike, Jencks was arrested and charged with falsely denying that he was a Communist and was sentenced to five years in prison.

In McCarthyism vs. Clinton Jencks, Caballero reveals for the first time that the FBI and the prosecution knew all along that Clinton Jencks was innocent. Jencks’ case typified the era, exposing the injustice that many suffered at the hands of McCarthyism.

“This will long serve as one of the most important books on labor history and anticommunism following World War II.” (Ronald D. Cohen, Indiana University Northwest)