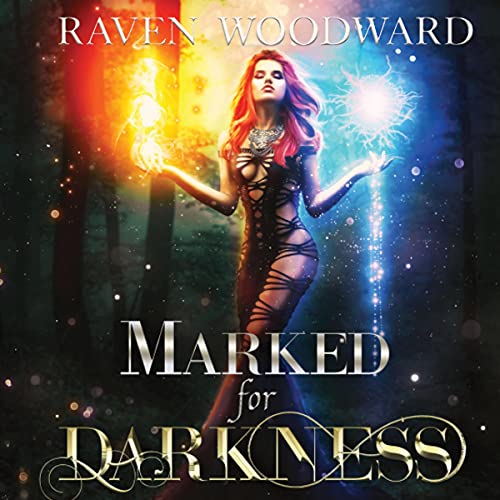 After the tragic car accident that stole her parents’ lives 11 years ago, Harlow gives up her steady teaching job to try to make a living full time as an artist in New York City.

But from the moment she steps foot there, her life is in danger. From a chance meeting with a handsome stranger who seems to hold more secrets than truths, to an unsigned note attached with a key to her childhood home, it’s clear she should have stayed in California. But it’s too late to run.

After a brush with death, she awakes in the clutches of the most powerful man on the east coast. Arian Kalvar. Despite the way he looks at her with loathing, he’s determined to protect her from those that hunt her.

Her gorgeous, fierce captor plunges her into a world of magic, curses, and wicked enemies. She is the heart of it all, and neither of them can deny the unmistakable connection between them.

A steamy twist on the classic Beauty and the Beast.

This book captivated me as I listened to Harlow'story. I could see the book in my mind as I listened to it. I recommend listening to this book. You will not be disappointed. I received a copy for an honest review.

This one is probably NSFW because there's a lot of thrusting and sucking going on, but the story premise isn't too bad - cursed immortal brothers, an unsuspecting "witch" who can end them, three way romance ... lots going on and characters I almost liked from time to time, but there's a BIG cliffhanger at the end I wasn't looking for.
Well read and worth a listen if you don't mind not actually getting to the end of the story.

Marked for Darkness is amazing and I completely devoured this book!!
Magic, shifter/aliens, steamy and so many twists that I did not see coming, great characters and the storyline is unique, this one definitely has me hooked. And that ending...GAH!! I need the next book!!
The audio narration does an excellent job bringing the story to life.

They are not vampires but they drink blood and "mark" their fated mates. They are not were-creatures but are forced to turn into giant monsters during the full moon. They are alien brothers taking refuge on Earth from the evil, magic queen who conquered their world, killed their parents, and cursed them to everlasting life as not-vampires/not-were-creatures. When Harlow, our female protagonist, starts an affair with her fated-mate-but-human neighbor (yes there is love triangle in here), it causes Arian (oldest and leader of the Brothers) to fly into jealous rages, and those are not pretty. Don't worry, there's also Arian's super-evil Brother who's out for revenge and mayhem on everyone. It's a twisting-turning story line with plenty of love scenes to spice up the confusion. Oh, and it ends in a major cliff-hanger. Book 2, anyone?!?