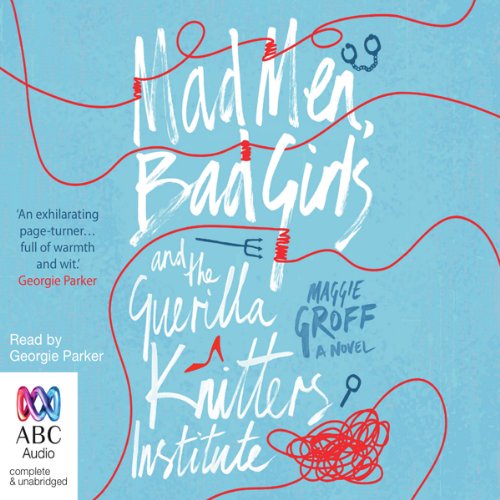 When a secretive American cult moves to the Gold Coast, freelance journalist Scout Davis's investigative antennae start quivering. She sets out to expose the cult's lunatic beliefs and bizarre practices, but when she learns the identity of a recent recruit, her quest becomes personal. And dangerous.

But Scout has her secrets too. In the dead of night she sneaks out with an underground group of yarn bombers to decorate the locality with artworks. The next mission ticks all the right boxes - it's risky, difficult, and extremely silly. However, Scout has a sneaking suspicion that the local police sergeant, Rafe Kelly, is hot on her tail.

Funny with a few twists and turns along the way

Thought Georgie Parker did a great job of narrating this. The setting is described perfectly and there are lots of different mysteries to solve so it keeps you guessing. An easy-listen story, light and fun.

Storyline gets you hooked.

What was one of the most memorable moments of Mad Men, Bad Girls and the Guerilla Knitters Institute?

As a knitter, I liked the night time escapades of the GKI.

Rushed narrative, needs to slow down. Mispronunciation of words due to rushing. Not much differentiation between characters' voices.