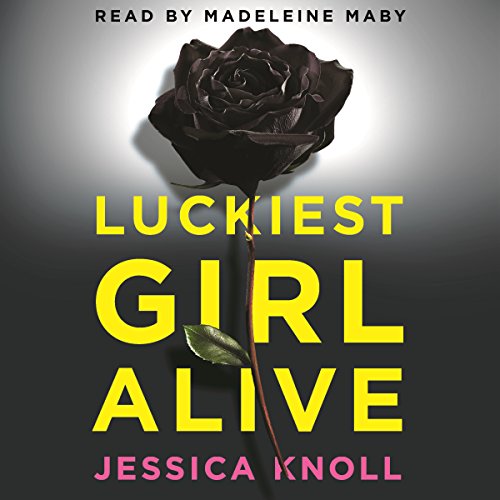 You can run from your past, but the truth will always find you.

Luckiest Girl Alive is an intense, compulsive debut thriller, described by Reese Witherspoon as 'the kind of book that grabs you and doesn't let go'.

Now a New York Times best seller and optioned for film by Reese Witherspoon and her production partner, Bruna Papandrea, in conjunction with Lionsgate Films.

Luckiest Girl Alive by Jessica Knoll is an audacious debut thriller that will appeal to fans of Gillian Flynn, Paula Hawkins and Jodi Picoult.

Ani FaNelli is the woman who has it all: the glamorous job, the designer wardrobe, the handsome and rich fiancé. But behind her sharp edges and meticulously crafted facade lies the darkest of pasts....

When a documentary producer invites Ani to tell her side of the chilling and violent incident that took place when she was a teenager at the prestigious Bradley school, she hopes it will be an opportunity to prove how far she's turned her life around since then. She'll even let the production company film her lavish wedding, the final step in her transformation. But as the wedding and filming converge, Ani's past threatens to come back and haunt her. And as her immaculate veneer starts to crack, she is forced to question: will breaking her silence destroy all that she has worked for - or,will it, at long last, set Ani free?