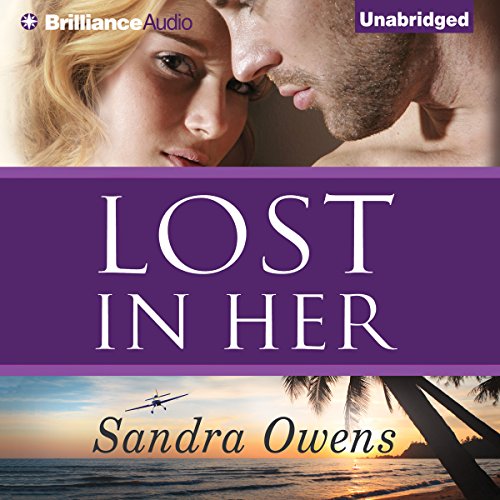 It's been a year since Ryan O'Connor buried his wife. He was in Afghanistan as a SEAL medic when the call came in that she'd been killed during a robbery. In that time, he returned home, nursed his grief, and joined his former brothers-in-arms in the K2 Special Services.

After a bad breakup with her ex, Charlene "Charlie" Morgan finds happiness only when flying the friendly skies - as an aerobatic stunt pilot. But the skies aren't so friendly when her plane troubles turn out to be the work of sabotage.

Looking to forget their worries, Charlie and Ryan run into each other at a bar. The chemistry is instant and intense. It's only supposed to be a one-night stand. But the memory of their passionate kiss lingers, and when Ryan shows up at Charlie's flight school, their romance takes off. Yet the route to love has its own turbulence - secrets, lies, and danger. Can one night lead to something lasting?

I have read Sandra Owen’s historical romances and loved them tremendously. When she started writing contemporary romance I decided to give it a whirl. I read the first one in this series when it came out, but I had a bit of trouble with that one, so I didn’t read the others in the series until Lost in Her. I’m so glad I did. I listened to the audio version and enjoyed it immensely from start to finish!

Ms. Owen’s book are always well-written and Lost in Her is as well. This book is faced-paced and grabbed me from the start and held me in its thrall until the end. I fell in love with both the hero and the heroine, and their back stories were expertly woven in, and it makes this book unique.

Charlene “Charlie” Morgan is an endearing character. She did not have an easy time in her teen years, having been shunned by her mother and step-sister for getting her step-father put behind bars. Then her one ex-boyfriend turned out to be a jerk. All that makes it very difficult for her to trust. She is extremely independent and feisty. That also makes her a loner. Ryan is just the right man for her.

I fell in love with Ryan O’Conner’s character straightaway. His backstory pulled at my heart-strings. If any man should be leery of getting into an emotional relationship, it would be Ryan. While he is definitely not looking for love, when he meets Charlene, he is blown away by her daredevil attitude. She is the perfect woman for him. While he is a strong warrior type, after all, he’s an ex-SEAL, he’s a marshmallow underneath and in a good way. Ms. Owen’s characterization of him is brilliant and makes this story so different.

Both characters were only looking for a one-night stand, but neither of them is really the type for that. It was apparent from their introspection. When Ryan sees Charlene, he is immediately smitten and she with him, so they both run scared, not surprising. When they come together again through happenchance, they both want to see where this will go. The chemistry between the pair is sizzling.

Now, the suspense aspect of the story was excellent, had me gripping the arms of my chair. It was so different because of where the team has to go, not a place one would expect, to say the least.

I listened to the audio and enjoyed the narration by Amy McFadden a great deal. She does an outstanding job with the various characters, giving each a distinct voice and reads with a lot of emotion without going too far. Mikael Naramore performed Ryan’s POV. While I did enjoy his narration, I think I would have enjoyed this one more if Amy had done the entire book. I’m not a huge fan of different narrators for the two main characters, but that’s just my personal tastes. I’m sure others have a differing opinion. I would definitely be willing to listen to performances by both narrators again.

If you are looking for a novel with some twists and turns, with great character development, then you will want to read Lost in Her. I highly recommend it. Now I will have to go back and read the ones between Crazy for Her and Lost in Her. Happy reading!

I liked Charlie's personality but never connected to Ryan, possibly due to the narrator's horrible Boston accent. In fact his accent sounded British at times, then gruff like a Mafia hitman. Note to producers: if a narrator can't do an accurate regional accent, DON'T!

If you like great writing, a great plot, and great narration.... this one is a winner. If you Bookbub, books like this is what wins authors new readers. I got this book from bookbub and will now make a point to purchase the other books in the series at full price.

The male with his Boston accent sounds like he has a severe speech impediments rather than an accent. Very difficult to imagine a hot alpha male sounding like that. Story was a little choppy but decent storyline overall. I also didn't like that they spent their first date running away from each other and then telling their worst secrets.

I loved book 1 and 2 in this series but book 3 was just OK for me, as was this one. I’am going to read Only Her because I’m hoping it will be as good as 1 or 2, AND it’s narrated by Amy McFadden and Sebastian York instead of A.M. and Mikael Naramore, because he totally sucked at this story. OR it might have been the 73 times Ryan called Charlene “cherub,” or the 48 times he called her “girlfriend,” or the 41 times she called him “hot guy,” instead of his name, that made me dislike it. The book was soooo teenager-ish 75% of the time.

The story itself was alright, what there was of it: Someone trying to kill Charlene while she and Ryan are getting to know each other and he’s trying to help her while he’s getting ready to head to Russia on an op. AND the deal with his dead wife was interesting and I couldn’t wait to see what that was all about. BUT for him to go on to Boston when they got back from the op without calling Charlene was so silly I couldn’t believe it. Sometimes, authors don’t make a bit of sense. However, I did love Mr. Bunny, so there was that.

The sex scenes were explicit and there was swearing and the F-bomb was released 17 times.

As to the narrators: OMG, Mikael Naramore was just awful. He sounded totally bored through the whole book and soooo robotic. At one point Ryan and Jake were in Russia to sneak a family out and they were outside the wall surrounding the estate, GETTING READY TO SNEAK IN, and when they should have been whispering Mikael Naramore had them nearly yelling at one another. It was horrible narration. And the sex scene should have never been narrated by him. I had to skim through it. Amy McFadden, on the other hand, was fabulous. The book should have been done just by her. 1 star for Mikael Naramore and 4 for Amy McFadden. In books 1 and 2 I gave him 4 and 5 stars. Maybe he’s getting tired of narrating, and if that’s so he needs to quit, rather than ruin the books with terrible reading.

Mustache-twirling hero? Not so much.

What didn’t you like about Mikael Naramore and Amy McFadden ’s performance?

Amy was fine, but the male narrator, in his attempt to do a Boston accent, came across like a mustache-twirling, scheming bad-guy. Seriously, every time he said the word "girlfriend," it sounded like he was deriding the heroine, not addressing her with a term of endearment, as the content would suggest was the intent. Sadly, it ruined the book for me.

I love this entire series, can't wait for Dogs story. I'll be sad when the series ends but looking forward to what she has in store next.

Is this a multi-part story? Yes
Does it end in a cliffhanger? No
Genre(s) : action drama romance
Instalove? Sort of
Was cheating involved? No
Any major triggers to be aware of? No

Scenes with heat... Yes
What point does it start? 40%
How much of the story? 10%
Anything beyond M/F? No
If yes, explained

Was there so much sex or unrealistic sex that you rolled your eyes and/or skipped forward? No

The back story... The blurb says it all

Romance or Gist: The h works hard to break down the H's walls and does well until the H decides to find answers so he can move on.

The drama explosion... The H doesn't communicate a significant change in plans
Did it feel Real, OK or contrived? Semi-real
Was it OTT? Yes
Separation involved? Slight
Was it resolved properly or rushed? Properly

Final Notes... The H was decent until he stops communicating towards the end. Overall, I enjoyed this story.

I am not good at writing reviews. I just know what I enjoy reading. I liked that the characters were believable and the story was interesting. It had funny parts and sexy parts and mysteries to solve.

Sandra Owen is an excellent author! Loved this book. This series is worth reading and/or listening to on audio. Can't wait for the next one!