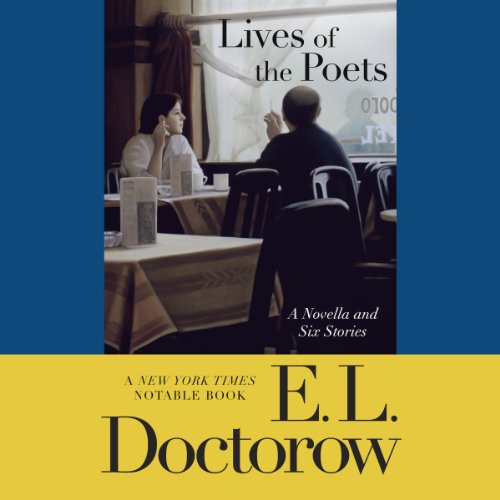 Lives of the Poets

Innocence is lost to unforgettable experience in these brilliant stories by E. L. Doctorow, as full of mystery and meaning as any of the longer works by this American master. In "The Writer in the Family", a young man learns the difference between lying and literature after he is induced into deceiving a relative through letters. In "Wili", an early-20th-century idyll is destroyed by infidelity. In "The Foreign Legation", a girl and an act of political anarchy collide with devastating results. These and other stories flow into the novella "Lives of the Poets", in which the images and themes of the earlier stories become part of the narrator’s unsparing confessions about his own mind, offering a rare look at the creative process and its connection to the heart.

"Extraordinary beauty and power...a book to fall in love with." ( Chicago Tribune Book World)
"Better than any fiction I know, Lives of the Poets illuminates the sources from which fiction springs." ( Newsweek)
"Invaluable... Doctorow’s subtlest work of fiction." ( New York Times Book Review