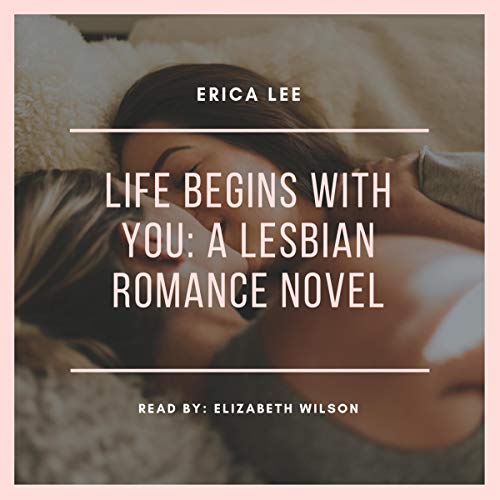 Life Begins with You

Rebecca and Cassie were childhood best friends until their lives took different directions. By the time they reached high school, Rebecca became interested in soccer and started running with the preppy crowd, while Cassie was more interested in skipping class and shoplifting. Their lives cross paths again when Rebecca ends up teaching Cassie's little sister.

Aside from their sexuality and distaste toward their small town, it seems the two have nothing in common. But as the two begin getting closer, it becomes obvious that there is much more to people than what meets the eye.

Is Rebecca willing to possibly risk her career to pursue a relationship with a student's relative? Will Cassie be able to let go of the past to move into the future with Rebecca?

Life would be simple if these were the only problems they had to face, but it turns out Rebecca and Cassie have much bigger mountains to climb if they want to reach their happy ending.

sometimes you just want a sweet love story without all the nonsense. this was definitely what I was looking for. just enough drama to keep it interesting and a great ending.

I love this story!

Great read! The characters are believable. The situations are relevant. I love that the author made me feel like I was in the story.

Great story and line. Typical secret childhood memories and Love. I just wished the person performing would have put a bite more feelings in her voice. I couldn’t figure out who was talking. Off to my next Adventure.

Life Begins with You

If life begins at that time....I wish it was longer to show how life actually went!

Judge by the person and not by their actions is this kind of book. Joy and tribulations are what makes a person who they are. A good family is by how they are loved.

Narration needed much improvement. The story itself was good, but it was just being read. The voices were very similar with each character.

I do not know where this story came from, but it covers so many secrets many of us have had growing up. i wish someone had loved me enough to do the same. Well written and it was a tear jerker. thank you

Ok, this one was GREAT!! If you don’t cry than you shouldn’t be reading romance novels. Great narrator and characters.

This was my first lesbian romance novel, and I really enjoyed it! The characters were interesting, and I love that each chapter went back and forth between the two main girls, from their perspectives. It helped give insight into their thoughts and histories to develop the story line even deeper.

I enjoyed this a lot. The storyline was very eloquent and had its twists, some obvious some not so much. It’s a great coming of age story. The narrator was enjoyable and had her moments. However I was a lol disappointed by the end, that’s why I only gave 4 of 5 stars.