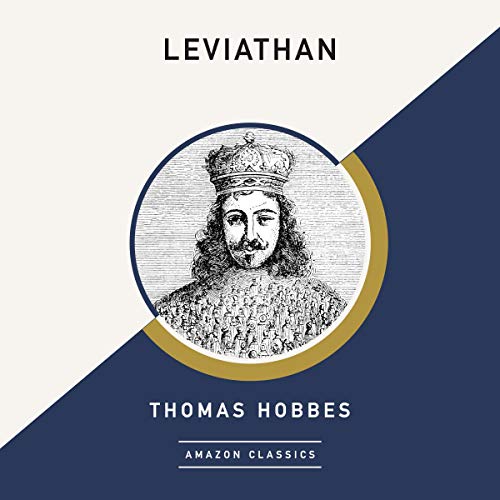 In a world rife with willful chaos, how can order be restored? Philosopher Thomas Hobbes’s answer, composed amid the violence of the English Civil War, revolutionized political thought. His solution was a commonwealth, or Leviathan, a body politic ruled and protected by an absolute sovereign. Its power would be dependent on the people to exchange their freedom for the security and order of a common law. Only with this social contract, Hobbes argued, can civil peace be established.

A witty, imaginative, and eternally provocative philosophical bulwark, Leviathan was burned upon publication for being seditious. It remains one of the most influential and fundamental texts of social theory ever written.

The narrator does not appear to understand what he is reading. He continually introduces audible sentence breaks in the middle of sentences, or ignores periods and runs sentences together. At times he even skips over words or drops entire lines. He also reads every sentence with same inflection and rhythm -- the lack of variety of pace or cadence makes for a very monotonous listen.