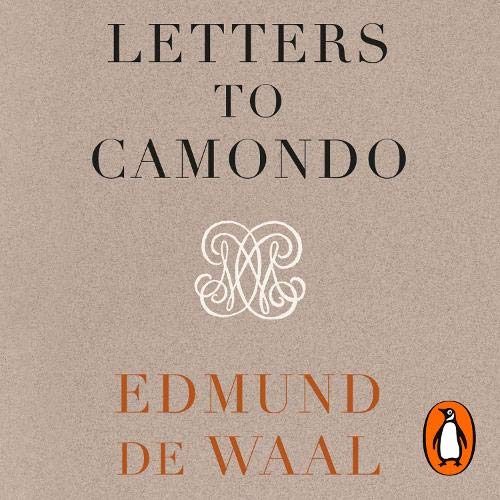 As you may have guessed by now, I am not in your house by accident. I know your street rather well.

Count Moïse de Camondo lived a few doors away from Edmund de Waal's forebears, the Ephrussi, first encountered in his best-selling memoir The Hare with Amber Eyes. Like the Ephrussi, the Camondos were part of Belle Epoque high society. They were also targets of anti-Semitism.

Camondo created a spectacular house and filled it with the greatest private collection of French 18th-century art for his son to inherit. But when Nissim was killed in the First World War, it became a memorial and, on the count's death, was bequeathed to France.

The Musée Nissim de Camondo has remained unchanged since 1936. Edmund de Waal explores the lavish rooms and detailed archives and uncovers new layers to the family story. In a haunting series of letters addressed to the count, he tells us what happened next.

There are many books about the holocaust, the cold blooded calculated murder of the Jewish people, but none that I have read to date document the event in the thought provoking layers of this book. Edmund De Waal has a Jewish grandfather but the rest of his family are clergymen. Nonetheless the Jewish blood in De Waal's beautiful veins cries out in anguish at the treatment of his brethren, the Jews. How they gave their lives, their wealth and their beautiful collections of art in gratitude for sanctuary in their adopted countries and how they were repaid in degradation, thievery, murderous thuggery, gas and flames. How this has never been addressed up to this day. I have listened to this book twice in the past three days, as I read and re read his first masterpiece and with each re listening the facts become more and more sickening and difficult to digest. Thank you Edmund, your mastery of language and emotion evoke deep feelings that will continue to unfold within the reader. There is much to contemplate here.

Great continuation (in a way) of Hare With the Golden Eyes. A visit to the Camondo Hôtel in Paris and the park Monceau is a perfect prerequisite to the reading/listening. It is an extraordinary place. I have visited a few times and am always fascinated. This book brings it all together. A tragic and unbelievable ending. Never forget. Thanks for putting this all together so beautifully. Will listen again and hopefully get to the rue Monceau again someday.