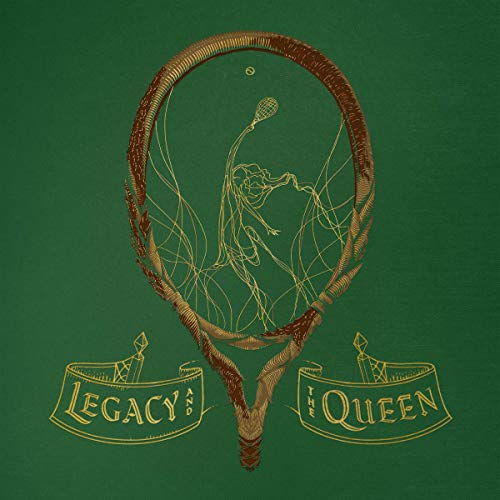 Legacy and the Queen

Legacy and the Queen

From the mind of basketball legend and Academy Award-winning storyteller Kobe Bryant comes a new tale of finding your inner magic against all odds.

Game - Tennis means life and death for the residents of the magical kingdom of Nova, and for 12-year-old Legacy, it’s the only thing getting her through the long days taking care of the other kids at the orphanage. That’s all about to change when she hears about Silla’s tournament.

Set - Silla, the ruler of Nova, hosts an annual tournament for the less fortunate of her citizens to come and prove themselves and win entrance to the Academy, where they can train to compete at nationals. The prize is Silla’s favor and enough cash to keep open the orphanage, and Legacy has her heart set on both.

Magic - What Legacy has yet to know is that the other players have something besides better skills and more money than she does. In Nova, tennis can unlock magic. Magic that Silla used to save the kingdom long ago and magic that her competitors have been training in for months already.

Now, with the world turned against her and the orphanage at stake, Legacy has to learn to use her passion for the game to rise above those around her and shine.

Amazing story. Could be a little longer in order to better develop the world and let the emotions and scenarios sink in.

If you liked The Wizenard Series, this is a must. It better develops the world that Wizenard had left you wanting more. I'm curious about the timelime of this book in relation to the Wizenard.

The narrator is exceptional. Best narrator I've heard for an audiobook.

It is one of the greatest books ever

I love this book so much it 8s the.most amazing and interesting book ever o could read it over and over I totally reccomend it.to everyone.😁💜

I’ve read all of his books so far, and I’ve loved every single one! Great story and the narration is superb!

this book was amazing to listen to. I found my self drifting deeper and deeper into it. I especially loved how it connected with Kobe's first book the Wiznard series: Training Camp. I smiled so hard with I heard the word Granityit was also perfect timing to the release of the book to that of the US Open tennis championship. and what Cori Gauff, Naomi Osaka, and Serena Williams along with all the women have done in this year's tourment.